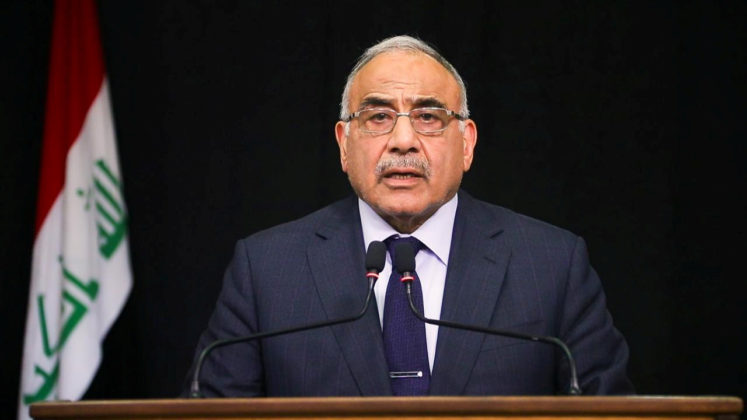 Iraqi prime minister’s main backers agree to oust him
BAGHDAD (Reuters) – Iraqi Prime Minister Adel Abdul Mahdi’s two main backers have agreed to work to remove him from office as protests against his government gained momentum in Baghdad and much of the Shi’ite south only to be met with violence.

Populist Shi’ite cleric Moqtada al-Sadr, who leads parliament’s largest bloc, had asked Abdul Mahdi to call an early election. When the premier refused, he called on his main political rival Hadi al-Amiri to help oust him.

Amiri – who leads a parliamentary alliance of Iran-backed Shi’ite militia that holds the second-largest amount of seats in parliament behind Sadr’s alliance – issued a statement late on Tuesday agreeing to help oust the prime minister.

“We will work together to secure the interests of the Iraqi people and save the nation in accordance with the public good,” Amiri said in a statement.

Abdul Mahdi took office just a year ago after weeks of political deadlock in which Sadr and Amiri both failed to secure enough votes to form a government. They appointed Abdul Mahdi as a compromise candidate to lead a fragile coalition government.

Mass protests driven by discontent over economic hardship and corruption have broken nearly two years of relative stability in Iraq. At least 250 people have been killed since the unrest started on Oct. 1.