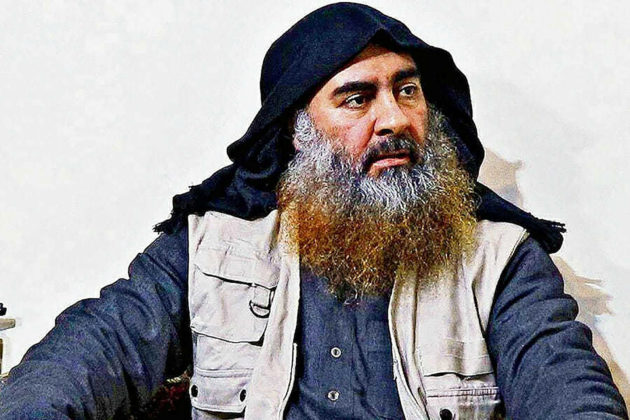 CAIRO (Reuters) – Islamic State confirmed on Thursday that its leader Abu Bakr al-Baghdadi was killed in a weekend raid by U.S. forces in northwestern Syria and vowed revenge against the United States.

Baghdadi, an Iraqi jihadist who rose from obscurity to become the head of the ultra-hardline group and declare himself “caliph” of all Muslims, died during the swoop by U.S. special forces.

Islamic State (IS), which held swathes of Iraq and Syria from 2014-2017 before its self-styled caliphate disintegrated under U.S.-led attacks, had previously been silent about Baghdadi’s status.

It confirmed his demise in an audio tape posted online and said a successor it identified only as Abu Ibrahim al-Hashemi al-Quraishi had been appointed.

Aymenn al-Tamimi, a researcher at Swansea University focusing on Islamic State, said the name was unknown but could refer to a leading figure in Islamic State called Hajj Abdullah whom the U.S. State Department had identified as a possible successor to Baghdadi.

An IS spokesman addressed the United States in the tape.

“Beware vengeance (against) their nation and their brethren of infidels and apostates, and carrying out the will of the commander of the faithful in his last audio message, and getting closer to God with the blood of polytheists,” he said.

Baghdadi’s death is likely to cause Islamic State to splinter, leaving whoever emerges as its new leader with the task of pulling the group back together as a fighting force, according to analysts.

Whether the loss of its leader will in itself affect the group’s capabilities is open to debate. Even if it does face difficulties in the leadership transition, the underlying ideology and the sectarian hatred it promoted remains attractive to many, analysts say.

Islamic State has resorted to guerrilla attacks since losing its last significant piece of territory in Syria in March.

Since Baghdadi’s death, it had posted dozens of claims of attack in Iraq, Syria, Afghanistan and elsewhere.

H.A. Hellyer, senior associate fellow at the Carnegie Endowment for International peace, said the group, also known as ISIS or Daesh, would have picked the name Quraishi for Baghdadi’s successor to suggest ancestry from the Prophet Mohammad’s tribe.

“ISIS is trying to show to its followers it respects that tradition, but Muslims more widely aren’t likely to care very much, considering the wide violations of Islamic law that ISIS has clearly engaged within,” Hellyer added.

In his last audio message, released last month, Baghdadi said operations were taking place daily and urged freedom for women jailed in Iraq and Syria over their alleged links to the group.