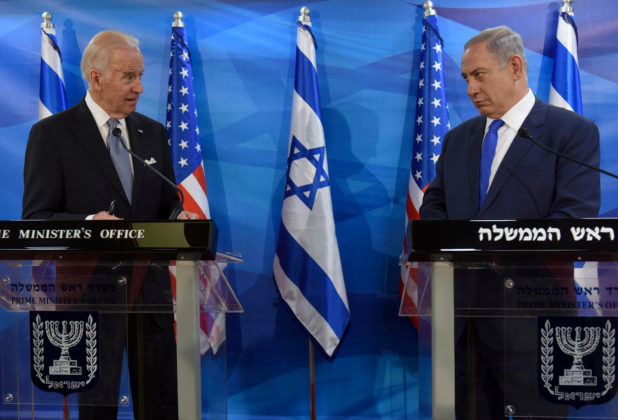 JERUSALEM (Reuters) – Israel hopes to prevent personal tension between Prime Minister Benjamin Netanyahu and U.S. President Joe Biden over their differences on the Iranian nuclear question by delegating talks on the topic to their senior staff, an Israeli official said.

Biden, a Democrat, wants to rejoin the deal. That has set the stage for possible new strains in the U.S.-Israel alliance.

On Monday, Netanyahu conferred with Defense Minister Benny Gantz and Foreign Minister Gabi Ashkenazi to present a united Israeli front on Iran – even as the conservative premier runs against the two centrists in a March election.

“The intent is to work everything out at that level, and to keep that communication channel open,” the official told Reuters on Tuesday on condition on anonymity. “Obviously this has benefits where there is a risk of a ‘cold shoulder’ at chief-executive level.”

Citing unnamed sources involved in the meeting, Israel’s Army Radio reported the Netanyahu and the other ministers had decided to keep disputes with Biden “under the radar” for now.

When the 2015 deal was being put together, Netanyahu’s opposition – including in a speech he delivered to the U.S. Congress – led to feuds with the then Democratic administration of Barack Obama, whom Biden served as vice president.

Netanyahu’s office said on Friday that Israel was “in close contact” with Washington on the issue and asserted that a return to the 2015 deal would “pave Iran’s path to a nuclear arsenal”.

Israel previously hinted it might shun Iran talks with Washington in the event of a new deal that it still opposes, lest such engagement give the impression of consent.

Iran, which denies seeking the bomb, began breaching the deal in 2019, following the U.S. withdrawal. It has recently stepped up violations and was cool to an administration announcement on Thursday that Washington was ready to talk about a mutual return to compliance.

Israel is reputed to have the region’s only nuclear arsenal, something it neither confirms nor denies under an “ambiguity” policy designed to ward off foes while avoiding arms races.