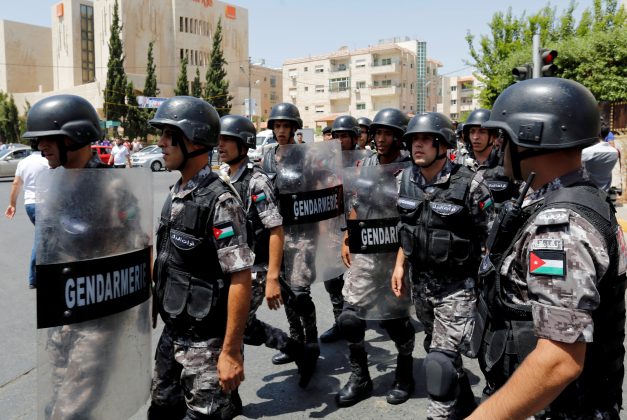 JERUSALEM (Reuters) – Israel plans to appoint a new ambassador to Jordan in a bid to calm Amman’s anger over the current envoy’s handling of a shooting by an embassy guard in July that has strained relations, an Israeli diplomatic source said on Wednesday.

But Israel has shown no sign of meeting Jordan’s demand that it launch criminal proceedings against the guard, who killed two Jordanians in what he called self-defence. He was repatriated along with Ambassador Einat Schlein a day after the incident.

Jordanian authorities say they suspect the shooting was unprovoked but could not investigate the guard due to his diplomatic immunity. A televised welcome he and Schlein received from Israeli Prime Minister Benjamin Netanyahu outraged Amman.

Since Schlein’s departure on July 24 the embassy has been shuttered, casting a pall over Israel’s ties with Jordan, a U.S.-backed regional security partner and one of only two Arab countries that recognise Israel.

The 1994 peace deal with Israel is unpopular among many Jordanians, who often identify with the Palestinians.

An Israeli diplomatic source, speaking on condition of anonymity, said Schlein would not return.

“The Jordanians don’t want her back, and this has been a big obstacle in patching things up,” the source said. “We’re looking for a replacement.”

Emmanuel Nahshon, spokesman for Israel’s Foreign Ministry, said: “We are working on a solution that will bring the relations back on track.”

Israel says the guard opened fire after being attacked and lightly wounded by a workman, killing him and a Jordanian bystander. Israeli officials have said they were looking into the possibility of compensating the family of the second man.

They say it is highly unlikely Israel would prosecute the guard, as demanded by Jordan. His prospects of continued work in Israeli diplomatic security abroad were in doubt, however, after a Jordanian newspaper published his name and photograph.

Israel’s consulates in Turkey have been handling Jordanian applications for Israeli visas since the incident.