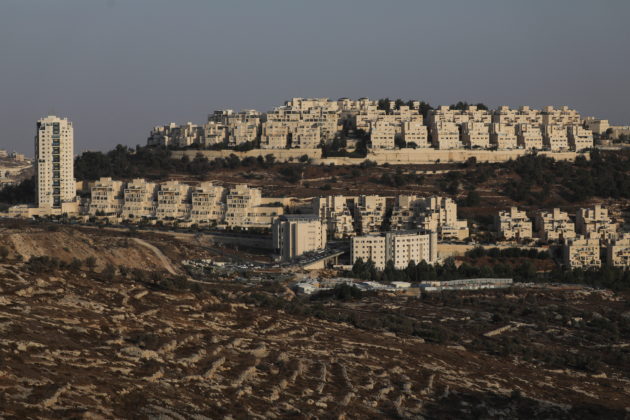 By Jeffrey Heller and Maayan Lubell

JERUSALEM (Reuters) -Israel moved forward on Wednesday with plans to build some 3,000 homes for Jewish settlers in the occupied West Bank, defying the Biden administration’s strongest criticism to date of such projects.

A senior Palestinian official said the decision showed that Israel’s new government, led by far-right politician Naftali Bennett, was “no less extreme” than the administration of the veteran leader he replaced, Benjamin Netanyahu.

An Israeli defense official said a planning forum of Israel’s liaison office with the Palestinians gave preliminary approval for plans to build 1,344 housing units and its final go-ahead for projects to construct 1,800 homes.

It will be up to Defense Minister Benny Gantz, a centrist in Israel’s politically diverse government, to give the nod for construction permits to be issued, with further friction with Washington looming.

“This government is trying to balance between its good relations with the Biden administration and the various political constraints,” a senior Israeli official told Reuters.

The United States on Tuesday said it was “deeply concerned” about Israel’s plans to advance thousands of settlement units. It called such steps damaging to prospects for a two-state solution to the Israeli-Palestinian conflict and said it strongly opposes settlement expansion.

Washington desisted from such criticism when President Joe Biden’s Republican predecessor Donald Trump was in office.

A senior U.S. State department official said Secretary of State Antony Blinken had discussed the issue with Gantz on Tuesday. Their phone call was first reported by the Axios news website, which cited Israeli officials as saying the chief U.S. diplomat voiced U.S. opposition to the settlement plan.

The latest projects, as well as tenders published on Sunday for more than 1,300 settler homes, amounted to the first major test case over settlement policy with the Biden administration that took office in January.

“The behavior of the Israeli government under Bennett is no less extreme than what it had been under Netanyahu,” Bassam Al-Salhe, a member of the Executive Committee of the Palestine Liberation Organization, told Reuters.

“The U.S. administration has words, and no deeds, to change the policy that had been put in place by Trump,” Salhe said.

There was no immediate comment from Washington on Wednesday.

Walking a political and diplomatic tightrope, Bennett has been facing calls from settler leaders to step up construction. Such projects are likely to be welcomed by his ultranationalist constituents, who share his opposition to Palestinian statehood.

But along with the prospect of straining relations with Washington, Bennett could also alienate left-wing and Arab parties in a coalition governing with a razor-thin parliamentary majority, if they view settlement plans as too ambitious.

Most countries regard the settlements Israel has built in territory it captured in a 1967 Middle East war as illegal.

Israel disputes this and has settled some 440,000 Israelis in the West Bank, citing biblical, historical and political ties to the area, where 3 million Palestinians live.

Palestinians seek to create a state in the West Bank and Gaza, with East Jerusalem as its capital. Israeli-Palestinian peace talks collapsed in 2014.