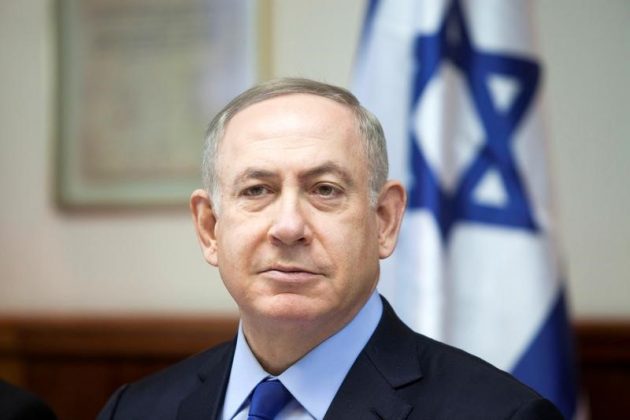 JERUSALEM (Reuters) – Israel pulled back from approving hundreds of new homes for Israelis in annexed East Jerusalem on Wednesday before a speech in which the U.S. Secretary of State was to give further voice to international opposition to settlement building.

The projects, in areas Israel captured in the 1967 Middle East war and which Palestinians seek as part of a future state, are part of building activity the U.N. Security Council demanded an end to on Friday in a resolution made possible by a U.S. abstention.

John Kerry will discuss Washington’s withholding of its veto when he delivers a speech at the State Department at 11 a.m. ET (1600 GMT) laying out his vision for ending the Israeli-Palestinian conflict, a senior State Department official told reporters on Tuesday.

With applications for 492 building permits in the urban settlements of Ramot and Ramat Shlomo on its agenda, members of Jerusalem city hall’s Planning and Building committee said a planned vote was cancelled at Prime Minister Benjamin Netanyahu’s request.

The panel’s chairman, Meir Turgeman, said at the session that Netanyahu was concerned approval would have given Kerry “ammunition before the speech”.

A spokesman for the Israeli leader declined immediate comment.

Saeb Erekat, secretary-general of the Palestine Liberation Organization, called on Israel “to take the high ground and declare a cessation of settlement activities, including East Jerusalem, so we can give the peace process the chance it deserves by the resumption of meaningful negotiations”.

Washington’s move at the United Nations broke a longstanding policy of diplomatic shielding of Israel by the United States. Condemned by Israel as “shameful”, it was widely seen as a parting shot by President Barack Obama against Netanyahu and his pro-settlement policies.

The two leaders have had a rocky relationship, divided over the decades-old Israeli policy of building Jewish settlements in occupied territory as well as on how to prevent a nuclear-armed Iran.

Washington considers the settlement activity illegitimate and most countries view it as an obstacle to peace. Israel disagrees, citing a biblical, historical and political connection to the land – which the Palestinians also claim – as well as security interests.

Some 570,000 Israelis now live in the West Bank and East Jerusalem amid mounting international concern that a two-state solution to the dispute is in jeopardy, with peace talks stalled since 2014.

“The prime minister said that while he supports construction in Jerusalem, we don’t have to inflame the situation any further,” Hanan Rubin, a member of the Jerusalem municipal committee told Reuters, citing Kerry’s upcoming speech.

The panel meets regularly and the building projects could come up for a vote at a future session.

Since learning last week of Kerry’s planned speech, Israeli officials have been concerned he might use the address to lay out parameters for a Middle East peace deal.

Netanyahu’s aides are confident Republican President-elect Donald Trump’s incoming administration will likely ignore any Obama principles and pay no heed to the U.N. resolution. But they fear Kerry’s remarks will put Israel on the defensive and prompt other countries to apply pressure.

Trump tweeted his opposition to the U.S. decision to withhold a veto and lobbied Egypt, an original sponsor of the resolution, to drop plans to bring it to a vote last Thursday.

He has pledged to move the U.S. Embassy from Tel Aviv to Jerusalem, which Israel claims as its capital – a status that is not recognised internationally. And he has appointed his lawyer, who has raised funds for a major Jewish settlement in the West Bank, as the new ambassador.