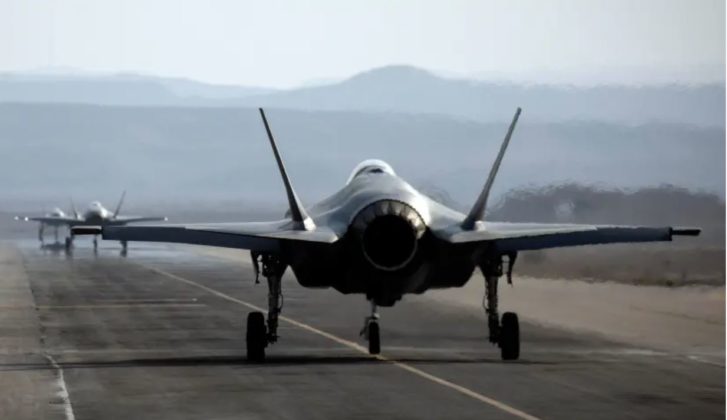 An Israeli F35 aircraft is seen on the runway during "Blue Flag," an aerial exercise hosted by Israel (photo credit: REUTERS)