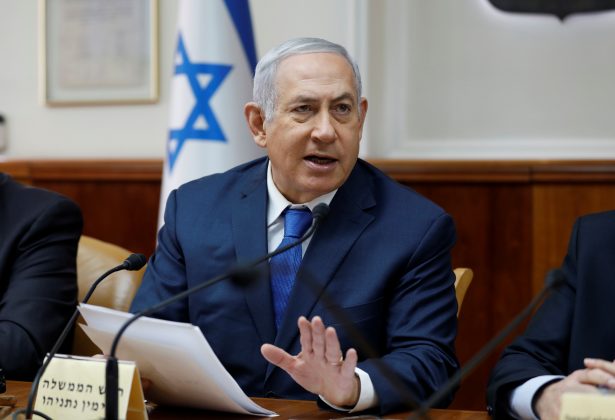 JERUSALEM (Reuters) – Israeli Prime Minister Benjamin Netanyahu said on Wednesday Hezbollah had shut down plants to develop precision-guided missiles but was imperiling Lebanon with a cross-border tunnel network he deemed “an act of war”.

Netanyahu spoke hours before the U.N. Security Council was due to discuss Hezbollah, an Iranian-backed Lebanese group, and appeared aimed at swaying world powers to order stronger intervention by U.N. peacekeepers. 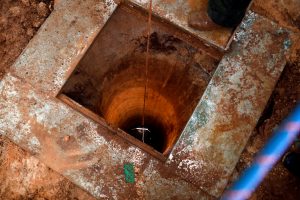 An Israeli soldier lowers a camera down an Israeli-dug hole into a cross-border tunnel dug from Lebanon into Israel, as seen on the Israeli side of the border, near the town of Metula December 19, 2018. REUTERS/Ronen Zvulun

Israel deems Hezbollah, against which it fought an inconclusive war in 2006, its most potent foe. Israeli forces have repeatedly struck suspected Hezbollah arms transfers via Syria during its civil war, but avoid such action in Lebanon.

Israel and the United States believe Hezbollah has sought homegrown production of precision-guided missiles that could paralyze Israeli civilian infrastructure.

Addressing the United Nations on Sept. 7, Netanyahu identified three such plants around Beirut airport – a disclosure that Lebanon’s foreign minister, a political ally of Hezbollah, dismissed at the time as fabricated.

“The underground sites for precision conversion of missiles, which (Israeli) military intelligence gave me, to expose, those sites were closed,” Netanyahu told a conference on Wednesday.

“They are trying to open other sites,” he said, without elaborating. Hezbollah hoped to have thousands of precision-guided missiles by now but instead had “at most, a few dozen”, according to Netanyahu.

In a separate speech to parliament, Netanyahu focused on four tunnels uncovered this month, whose presence was confirmed by UNIFIL peacekeepers and which Israel says were to be used for infiltrations of its northern villages.

Hezbollah has not commented on the tunnels. 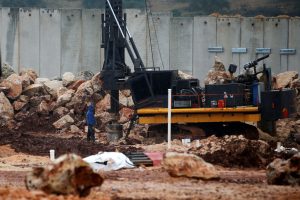 A man stands next to a drill as Israeli military personnel continue work on exposing and thwarting cross-border tunnels dug from Lebanon into Israel, as seen on the Israeli side of the border, near the town of Metula December 19, 2018 REUTERS/Ronen Zvulun

“This is not merely an act of aggression. It is an act of war,” Netanyahu said.

Lebanon is fully committed to the U.N. resolution that ended the 2006 war, its Foreign Ministry said in a statement.

The ministry called on the Lebanese army “to take all necessary measures to ensure (the resolution) is well implemented in coordination with UNIFIL forces, especially in light of the tensions at the border in recent days.”

It added that it had not seen any “engineering works” being done on its side of the border.

Netanyahu accused UNIFIL of inaction, saying Hezbollah’s rocket arsenal has grown tenfold since 2006 and that every third home in southern Lebanon was being used by the guerrillas.

The Security Council, he said, should ensure “UNIFIL is not restricted by Hezbollah or the Lebanese army in any way, and reports on any obstructions” of the peacekeepers’ mandate to enforce the 2006 Lebanon ceasefire.

Israel has itself violated the truce with overflights of Lebanon for surveillance or Syria sorties.