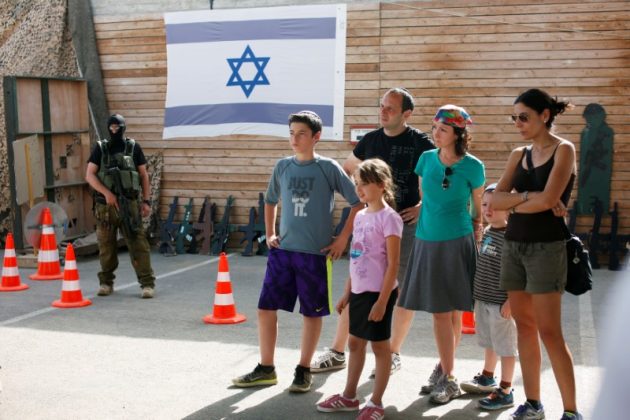 GUSH ETZION SETTLEMENT, West Bank (Reuters) – Taking in the scene of a simulated fruit market in an Israeli settlement in the occupied West Bank, a group of tourists ponders whether a poster-size figure of an Arab man holding a cellphone is a threat and should be shot.

The aim of the mock scenario is to teach rapt foreign visitors how to deal with an attack on a market. It is part of a counter-terrorism “boot camp” organized by Caliber 3, a company set up by a colonel in the Israeli army reserves.

Entrance to the gated compound in the Gush Etzion settlement bloc – built on land the Palestinians want for their own state – costs $115 for adults and $85 for children.

Admission includes watching former Israeli commandos take down an “attacker” and other means to thwart assaults, including the use of an attack dog. Adults can shoot live rounds at a firing range.

While most of those signing up are American visitors, there have also been tourists from China, Japan, India and South America, keen to experience Israeli-style security training in an attraction condemned by the Palestinian mayor of the nearby town and an anti-settlement group.

The facility opened in 2003, running courses for security guards during a Palestinian uprising that included suicide bombings and shooting attacks and which was met by Israeli military operations across the West Bank. After the intifada subsided, tourist visits began in 2009.

The man in charge, Colonel Sharon Gat, said staff stressed the importance of vigilance and caution. The Arab man depicted on his cellphone was deemed innocent by the instructors, so the target did not end up being shot. 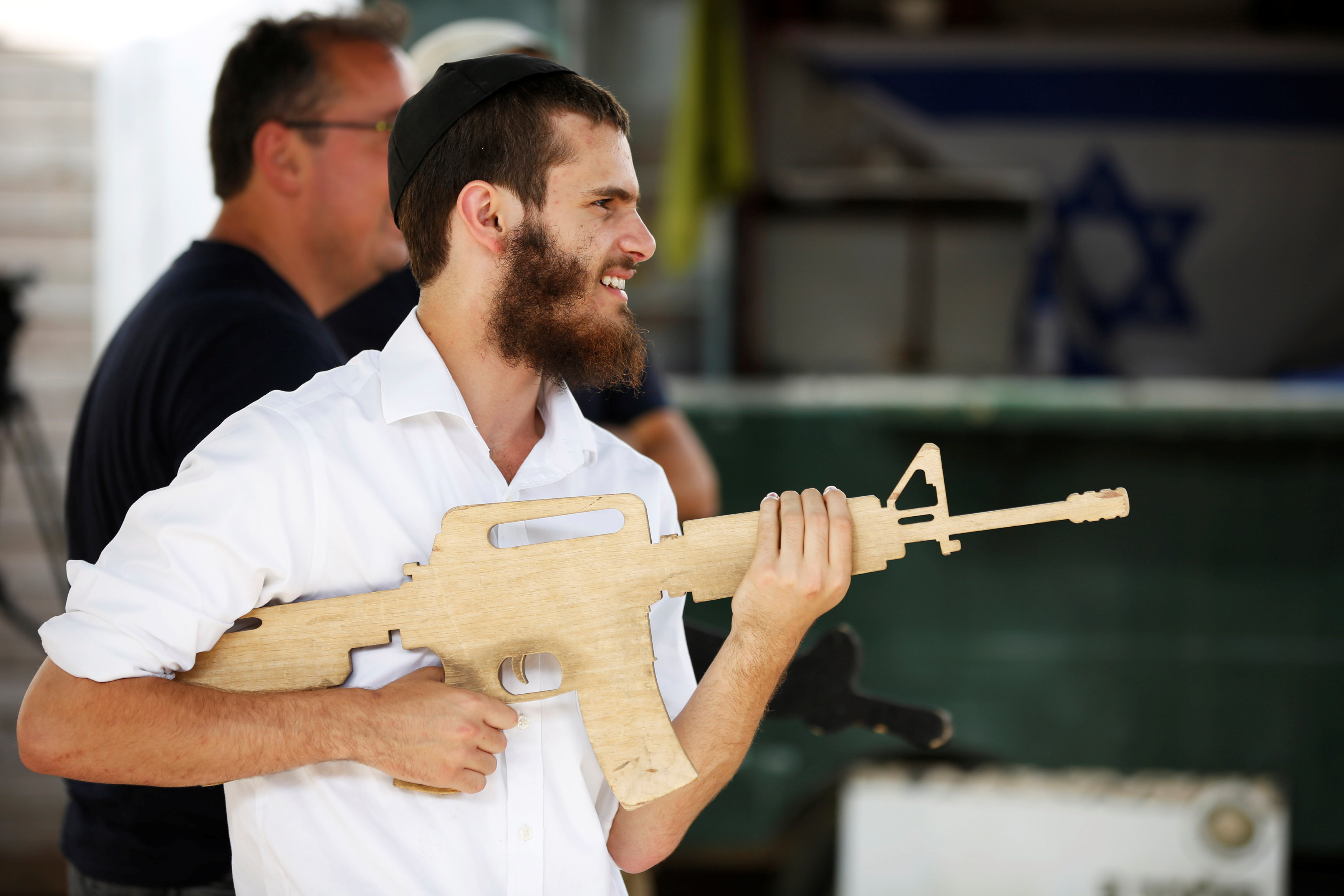 “In two hours you can’t become a professional, but we give visitors some awareness of what it means to secure yourself, your community and your family,” said Gat.

“Many (visitors) have heard from their friends (about us), that this was the highlight of their trip to Israel and that is why they come. They know it’s an attraction they can’t see anywhere else,” he said.

Yasser Sobih, mayor of the nearby Palestinian town of al-Khader, condemned the Israeli venture.

“The participation of tourists in training in these camps built on occupied Palestinian land means that they support the occupation and we ask them to stop it,” he told Reuters.

One of the visitors, Rabbi Moshe Bryski of Agoura Hills in California, said that if he was ever caught in an attack, he would run and hide since he does not carry a weapon.

But he said the training had given him “an understanding and an appreciation of what those in the security industry face”.

Yotam Yaakoba, of the anti-settlement group Peace Now, criticized the venture as a “cynical and unseemly way of making money from the Israeli-Palestinian conflict”.

Many Israelis have served in the military, and it is not unusual for off-duty soldiers and police and some civilians to carry weapons in public, but gun control laws are strict.

Over the past two years, during a surge in Palestinian street attacks, Israeli passersby have in a few cases shot and wounded or killed assailants or suspected attackers.

Palestinians want to establish a state in the West Bank and Gaza Strip with East Jerusalem as its capital.

Along with most of the world, they consider settlements illegal and an obstacle to peace. Israel disagrees, citing biblical, historical and political connections to the land – many of which the Palestinians also claim – as well as security interests.