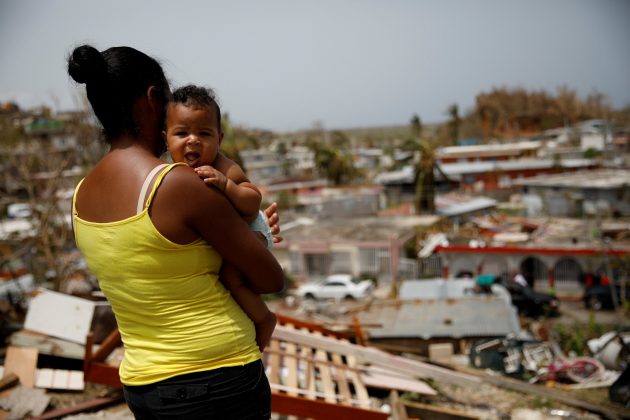 FILE PHOTO: Ysamar Figueroa carrying her son Saniel, looks at the damage in the neighbourhood after the area was hit by Hurricane Maria, in Canovanas, Puerto Rico September 26, 2017. REUTERS/Carlos Garcia Rawlins/File Photo

BOSTON (Reuters) – A federal judge on Thursday rejected a request to block the U.S. government from cutting off aid to hundreds of Puerto Rican families who fled the hurricane-ravaged island in 2017 and are living in hotels and motels across the United States.

But U.S. District Judge Timothy Hillman in Worcester, Massachusetts, ordered the government to continue providing assistance to people who were forced to leave their homes because of Hurricane Maria until Sept. 13 so they could prepare.

Lawyers for a group of Puerto Ricans pursuing the lawsuit had argued that the Federal Emergency Management Agency’s (FEMA) decision to terminate aid violated their due process rights and contended that they being discriminated against.

But Hillman said they were unlikely to succeed on the merits of their claims and rejected their request for an injunction that would require FEMA to continue providing aid to evacuees until they obtained temporary or permanent housing. 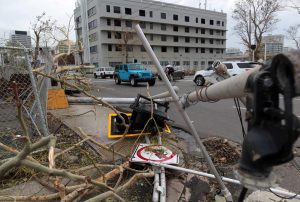 “While this is the result that I am compelled to find, it is not necessarily the right result,” Hillman wrote.

He said he could not required FEMA “to do that which in a humanitarian and caring world should be done,” but could only order it to do what the law requires.

Hurricane Maria struck Puerto Rico with winds close to 150 miles per hour (240 km per hour) on Sept. 20, causing an estimated $90 billion in damage to the already economically struggling U.S. territory.

On Tuesday, the official death toll from Maria, the most powerful storm to hit the Caribbean island in almost a century, was raised to nearly 3,000.

(Reporting by Nate Raymond in Boston; Editing by Chizu Nomiyama and Jeffrey Benkoe)