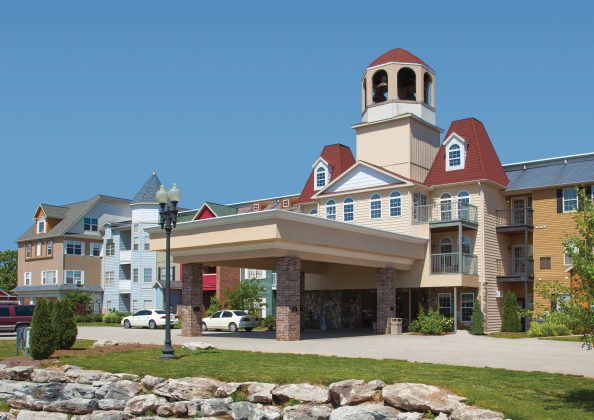 Summer is here in the Ozarks and Morningside is celebrating with some extraordinary guests! On Tuesday, June 11th at 11 am ct, Mike and Cindy Jacobs will be back on stage with Jim and Lori Bakker!   Mike and Cindy are passionate about spreading the message that God cares about all people and every nation of the world. We can’t wait to hear the next prophetic word and share what God is speaking to them through their ministry!

That evening after gracing The Jim Bakker Show stage, please join Cindy Jacobs for a very special “live stream service” at 7 pm ct on Grace Street.  Her words bring hope and prophetic influence to leaders all over the world! You can watch live on the PTL Television Network channel, on your Roku, Apple TV, Amazon Fire TV or go to the PTLnetwork.com or jimbakkershow.com websites. This remarkable service will also be shown via Facebook Live on The Jim Bakker Show facebook page.

Lt. Gen. William Boykin was one of the elite warriors chosen in 1978 to make up the first unit in America’s ultra-secretive Delta Force. He then became commander of the unit, and later still, commander of all U.S. Army Special Forces. Today he is an Author, Speaker & Ordained Minister with a passion for spreading the Gospel of Jesus Christ and encouraging Christians to become Warriors in God’s Kingdom. On Thursday, June 13th at 11 am ct we are welcoming back this war hero and expert on Middle East events to The Jim Bakker Show.

Dr. Lance Wallnau and Pastor Ramiro Peña are both scheduled to appear on The Jim Bakker Show on Thursday, June 20th at 11 am ct.  Dr. Wallnau is a strategist, futurist and compelling communicator. His prediction that Trump would be a modern-day Cyrus was challenged by left-wing news outlets but vindicated on March 5, 2018, the day Prime Minister Netanyahu met with President Trump in the White House to thank him for his historic embassy decision, linking him to Cyrus. As quoted in his book  “Gods Chaos Candidate,” by Wallnau “Could Trump be Gods Cyrus?” Joining Dr. Wallnau will be Pastor Peña, Founder and Senior Pastor of Christ the King Baptist Church of Waco. He currently serves on the Faith Initiative for President Donald J. Trump and served on the National Hispanic Advisory Council to Presidential candidate Donald Trump.

Frank Davis, President and founder of Lion Energy and Optivida Health is a great friend to Morningside. We are always so happy to see him here with us!  On Tuesday, June 25th at 11 am we hope you can join Jim and Lori Bakker as he is welcomed back to Grace Street and The Jim Bakker Show!

On Thursday, June 27th Pastor and political social commentator Rodney Howard-Browne will be on the show with former journalist and consultant for the FBI, Dr. Paul L. Williams.  Pastor Howard-Browne’s Great Awakening broadcast airs six nights a week on CTN to an estimated audience of over 70 million households. Dr. Paul L. Williams who is also new to The Jim Bakker Show holds a Ph.D. in philosophical theology from Drew University, has served as a consultant on organized crime and international terrorism for the FBI, and additionally is a professor of theology, humanities, and philosophy.

Live Tapings of The Jim Bakker Show are always free to the public and we would love for you to join us! If you do plan on coming to see us for any of our live tapings during June, please be aware of bridge construction on the Hwy 86 route to Morningside and follow this link for alternate routes. If you are unable to attend, our shows are usually broadcasted within a week of taping.  You can find where to tune in for your area by checking our TV schedule online and you can see where we are airing on our Broadcast listings page at jimbakkershow.com.

Making plans for your 4th of July festivities? Bring your family and enjoy a full Americana celebration at Morningside!  We will be having an epic lineup of guests and activities! Check out Morningside’s annual 4th of July happenings and our celebration for Pastor’s 58th anniversary in ministry, as well as our Grand Opening of our Prayer Mountain Chapel. Be sure to RSVP today by following this link!

We hope to see you soon!