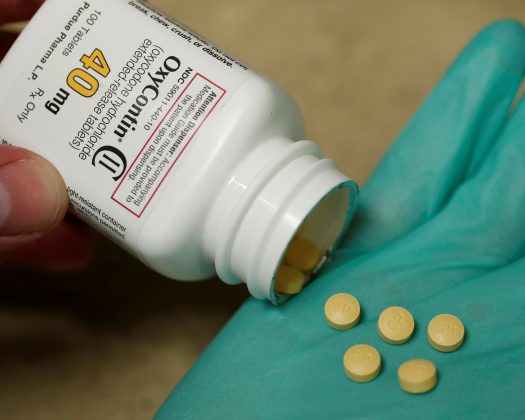 (Reuters) – Kentucky accused units of Endo International Plc on Monday of contributing to drug overdoses and an opioid epidemic by deceptively marketing its painkiller Opana ER, the latest lawsuit by state or local governments against the drugmaker.

Kentucky Attorney General Steve Beshear said the lawsuit would seek to hold Endo responsible for illegally building a market for the long-term use of opioids in the state as part of an effort to boost corporate profits.

The lawsuit, filed in a state court in Kentucky, said Endo sought to overstate the benefits of using Opana for the long-term treatment of chronic pain while downplaying the risk of addiction, helping to fuel a public health epidemic.

“My office refuses to sit back and watch families be torn apart while opioid manufacturers like Endo line their pockets at the expense of our communities and our future,” Beshear said in a statement.

Endo’s chief legal officer, Matthew Maletta, said in a statement that Beshear’s allegation that the drugmaker was trying to profit at the expense of people’s health was “patently offensive.”

“We intend to vigorously defend the company against the claims set forth in this lawsuit,” Maletta said.

According to the U.S. Centers for Disease Control and Prevention, opioids were involved in over 33,000 deaths in 2015, the latest year for which data is available. The death rate has continued rising, according to estimates.

Endo has faced a wave of similar lawsuits over the opioid epidemic by Louisiana, New Mexico, Missouri, Mississippi and Ohio, as well as several cities and counties. Many of those cases target other drugmakers as well.

In July, Endo agreed to withdraw the long-acting opioid painkiller Opana ER from the market after the U.S. Food and Drug Administration declared that its benefit did not outweigh public health risks associated with opioid abuse.

In a statement, Beshear called the removal of Opana ER from the market an important step but said that Endo’s practices had already by then harmed people in his state. His office’s lawsuit seeks penalties and compensatory and punitive damages.

(Reporting by Nate Raymond in Boston; Editing by Tom Brown and Grant McCool)