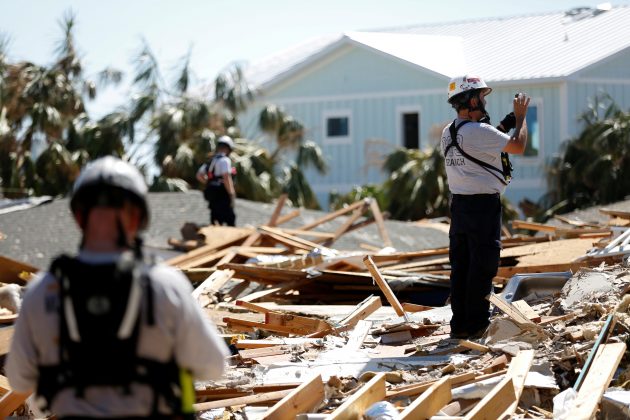 PANAMA CITY BEACH, Fla. (Reuters) – A lack of power and phone service in the areas of Florida flattened by Hurricane Michael last week was hindering efforts on Wednesday to distribute food and water and to contact residents not heard from since the storm plowed through the state’s Panhandle. 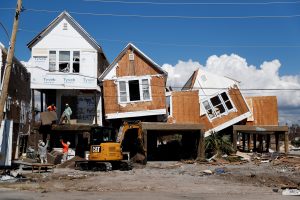 The hurricane, one of the most powerful storms on record to hit the continental United States, killed at least 27 people. It packed top sustained winds of 155 miles per hour (250 km per hour) and unleashed a surge of seawater that demolished homes.

Florida officials have not said how many people are missing. Many people may not be able to call friends and family or may be staying elsewhere and are not necessarily presumed dead. Debris, downed trees and power lines have hampered access to stranded people.

Most of those missing are from Panama City and many are elderly, disabled, impoverished, or live alone, Marchetti said.

He said the search has been hindered by spotty cell phone coverage in the devastated area, though authorities are making progress in restoring communications.

Many residents have also expressed frustration at the slow pace of recovery of wireless networks. Federal Communications Commission Chairman Ajit Pai on Tuesday called for wireless carriers to waive bills for customers affected by the storm. 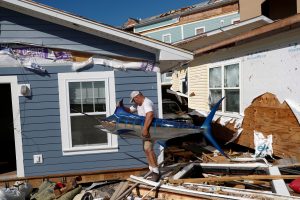 The death toll includes 17 in Florida, one in Georgia, three in North Carolina and six in Virginia, according to a Reuters tally of official reports. Officials said medical examiners were determining whether another four deaths in Florida resulted from the storm.

About 35,000 Floridians have called the Federal Emergency Management Agency seeking help since and the agency has already approved $1 million in assistance for people in 12 counties, spokesman Ruben Brown in Tallahassee said.

FEMA has distributed about 4.5 million meals, more than 5 million liters of water and 9 million infant-and-toddler kits, he said.

In Mexico Beach, which took a direct hit, the number of people missing dropped to three on Tuesday, said Rex Putnal, a city councilor. The town of 1,200 residents had reported two fatalities as of Monday.

Nearly 155,000 homes and businesses remained without power in the U.S. Southeast, with residents of battered coastal towns forced to cook on fires and barbecue grills.

At least 70 percent of customers in four mainly rural Florida Panhandle counties were without electricity on Wednesday. On Tuesday, the federal government said that 61.5 percent of cell sites remained out of service in Bay County. Officials said it could be weeks before power returns to some.

Countless numbers of people in the region’s backcountry have struggled for days without running water or sanitation, awaiting help from authorities. Some have been camping in tents with the belongings they were able to salvage.