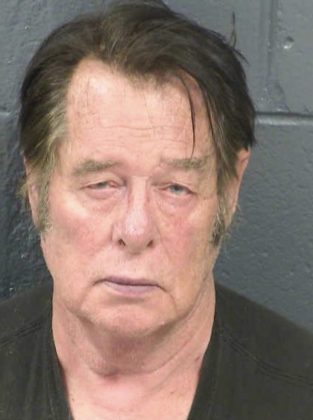 By Andrew Hay and Julio-Cesar Chavez

TAOS, N.M./LAS CRUCES, N.M. (Reuters) – The leader of an armed group stopping undocumented migrants who cross into the United States from Mexico had boasted that his members had trained to assassinate former President Barack Obama and former Secretary of State Hillary Clinton, an FBI agent said in court papers on Monday.

Larry Hopkins was arrested Saturday on a weapons charge. His camouflage-wearing armed United Constitutional Patriots members claim to have helped U.S. officials detain some 5,600 migrants in New Mexico in the last 60 days.

The UCP says its two-month presence at the border is intended to support U.S. Border Patrol, which has been overwhelmed by record numbers of Central American families seeking asylum.

Critics including the American Civil Liberties Union accused the UCP of being a “fascist militia” whose members illegally detain and kidnap migrants by impersonating law enforcement. New Mexico’s Democratic Governor, Michelle Lujan Grisham, on Friday ordered an investigation of the group. She said “menacing or threatening migrant families and asylum-seekers is absolutely unacceptable and must cease.”

The FBI in court papers said that while it was investigating allegations of “militia extremist activity” in 2017, witnesses accused Hopkins of saying the UCP was planning to assassinate Obama, former Democratic presidential candidate Clinton and financier George Soros.

On Monday, Hopkins appeared in court in Las Cruces, New Mexico, to face charges of being a felon in possession of a firearm. The FBI said it found guns during a 2017 visit to his home.

Defense attorney Kelly O’Connell said Hopkins planned to plead not guilty and noted that the charges were unrelated to UCP’s actions at the border.

“This is not even dealing with what’s going on right here,” O’Connell said.

UCP spokesman Jim Benvie previously said the group was helping the U.S. Border Patrol and publicizing the “border crisis.” He was not immediately available for comment.

Crowdfunding sites PayPal and GoFundMe last week barred the group, citing policies not to promote hate or violence after the ACLU called the UCP a “fascist militia.”

FBI Special Agent David Gabriel said in a criminal complaint filed on Monday that in October 2017 the agency received reports a militia was being run out of Hopkins’ home in Flora Vista, New Mexico.

When agents entered the home they collected nine firearms, ranging from pistols to rifles, Horton was illegally in possession of as he had at least one prior felony conviction, according to the complaint. The FBI said in court papers that in 2006, Hopkins was convicted of criminal impersonation of a peace officer and felony possession of a firearm and that in 1996 he was also convicted on a firearms charge.

Hopkins, the UCP’s national commander, told the agents that his common-law wife owned the weapons in question, according to court papers.

At the time, the FBI had received information that the UCP had around 20 members and was armed with AK-47 rifles and other firearms.

“Hopkins also allegedly made the statement that the United Constitutional Patriots were training to assassinate George Soros, Hillary Clinton and Barack Obama” because it believed that they supported left-wing, anti-fascist protesters, the complaint said.

Former state and federal prosecutor David S. Weinstein said Border Patrol’s tacit allowance of the UCP to operate may have allowed it to go beyond what citizens are legally allowed to do.

“To the extent where the FBI has got involved, I think it’s escalated to a point where they need to send a stronger message out to them that ‘No, we told you not to do this,'” said Weinstein, a partner at the law firm of Hinshaw and Culbertson.