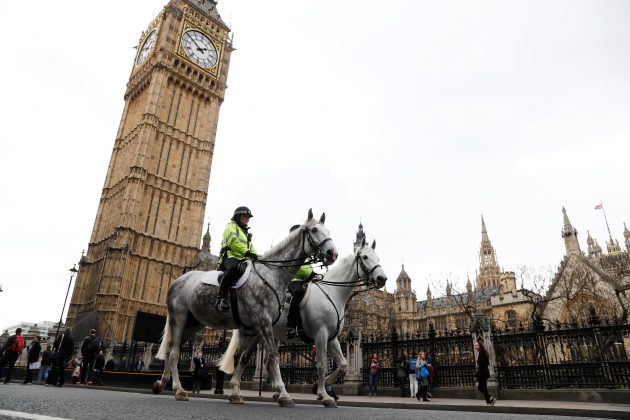 LONDON (Reuters) – The London attack which left four people dead was a “wake up call” for technology firms to get their house in order over extremist material being circulated on the internet, the acting head of London’s police force said on Wednesday.

The comments from Craig Mackey, acting Commissioner of the Metropolitan Police, come after calls from politicians for tech firms, mainly based in the United States, to cooperate more with the authorities.

“I think these sorts of incidents and the others we’ve seen in Europe are probably a bit of a wake-up call for the industry in terms of trying to understand what it means to put your own house in order,” Mackey told the London Assembly’s Police and Crime Committee.

“If you are going to have ethical statement and talk about operating in an ethical way, it actually has to mean something. That is the sort of thing that obviously politicians and others will push now.”

The British government and a series of well-known British brands such as Marks and Spencer Group Plc had already suspended digital advertising with Alphabet Inc’s before the attack because ads were appearing alongside videos on its YouTube platform with homophobic or anti-Semitic messages.

They have since been joined by U.S. wireless carriers Verizon Communications Inc and AT&T Inc. The action has prompted Google to apologize and review its advertising practices.

London police already have a specialist unit which aims to remove extremist material but Mackey said “the internet was never designed to be policed as such”.

British officials have also demanded tech firms do more to allow police access to smartphone communications after reports that Khalid Masood had used encrypted messaging via WhatsApp before he drove a rented car into pedestrians on Westminster Bridge and stabbed to death a police officer by parliament.

“We work hard with the industry to highlight the challenges of these very secure applications,” Mackey said. “It’s a challenge when you are dealing with companies that are global by their very nature because they don’t always operate under the same legal framework as us.”

Regarding the police’s ongoing inquiry into last week’s attack, Mackey said detectives still believed Masood had acted alone. So far 12 people have been arrested, with two still in police custody.

Mackey also said there had been a “slight uplift” in hate crimes directed at Muslims but not on the scale seen after previous similar incidents.