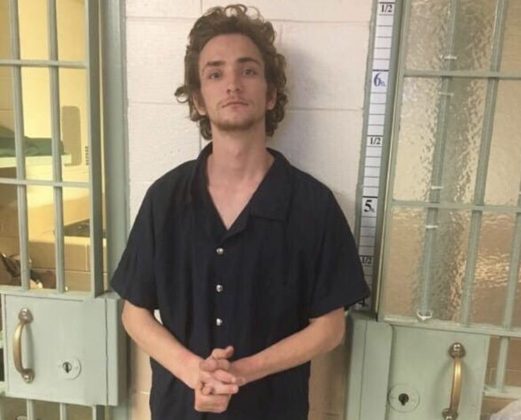 (Reuters) – Sheriff’s deputies in Virginia on Sunday arrested a 21-year-old man wanted on suspicion of shooting five people to death in Louisiana including his parents, his girlfriend and members of her family.

Following a multistate manhunt, Dakota Theriot was arrested in Richmond County, Virginia, after pointing a firearm out the window of a home, officials said.

“Deputies challenged him and he surrendered without incident and is at NNRJ (Northern Neck Regional Jail) without bond,” the Richmond County Sheriff’s Office said on Twitter.

Theriot will be taken back to Louisiana to face charges including first-degree homicide, home invasion and illegal use of weapons, the Ascension Parish Sheriff’s Office in Louisiana said.

The Livingston Parish Sheriff’s office in Louisiana said he was wanted on two counts of first-degree homicide.

Both counties are in the Baton Rouge area and about 1,000 miles (1,600 km) from where he was arrested a day after the killings.

Theriot was identified as the suspect in the Saturday morning slayings of Billy Ernest, 43, Tanner Ernest, 17, and Summer Ernest, 20, Livingston Parish officials said.

Theriot is believed to have stolen their vehicle and driven to nearby Ascension Parish, to the home of his parents where he lived until recently when he was asked to leave, officials said.

“This is probably … one of the worst domestic violence incidents I have seen in quite a while, for a young man to walk into a bedroom and kill his mother and father, and then to kill the family in Livingston he had a connection with,” Ascension Parish Sheriff Bobby Webre told a news conference.