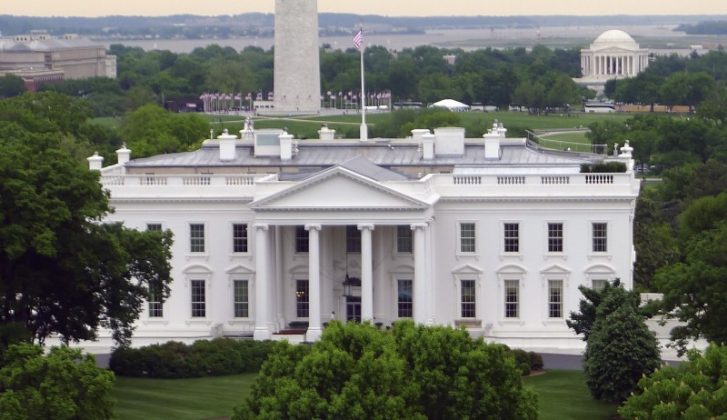 The White House is seen in front of the Washington Monument (L) and the Jefferson Memorial (R) in Washington May 1, 2011. REUTERS/Gary Hershorn

WASHINGTON (Reuters) – A Texas man suspected of traveling to Washington to kill “all white police” at the White House was arrested on Monday by Secret Service agents near the executive mansion, the agency said.

Michael Arega of Dallas, whose age was not listed by authorities, was arrested Monday afternoon after police in suburban Montgomery County, Maryland, issued an alert for the suspect in the Washington area, the Secret Service said.

“Secret Service personnel at the White House immediately increased their posture of readiness and began searching for Arega,” the agency said in a statement.

A little more than an hour after receiving the bulletin, agents spotted Arega on the north side of Pennsylvania Avenue near Lafayette Square, a park across the street from the White House, and he was taken into custody without incident by uniformed Secret Service officers, the agency said.

Arega was not armed when he was arrested, and was under investigation for allegedly making felony threats, Secret Service spokesman Shawn Holtzclaw told Reuters by telephone.

U.S. President Donald Trump was on an overseas trip in Asia at the time.

Arega was handed over to the Washington Metropolitan Police Department, the Secret Service said.

In a report on the incident, police said Arega made threats on Facebook. It was not immediately known if Arega has an attorney.