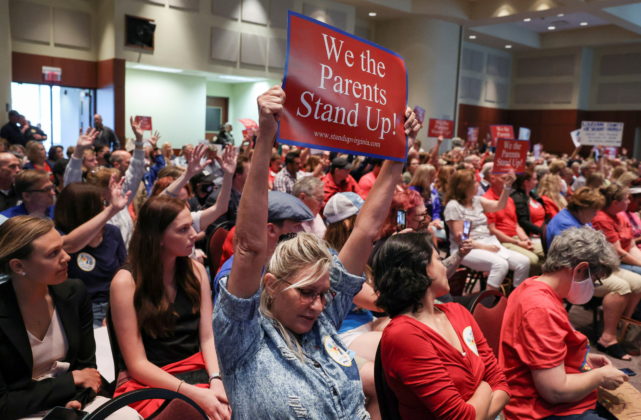 NEW YORK (Reuters) – Critical race theory, a once-obscure academic concept that has sparked school board protests and classroom bans in some states, is largely misunderstood among the general public, even by those who say they are familiar with what it teaches about racism in America, according to a Reuters/Ipsos poll.

The national opinion survey taken on Monday and Tuesday found that 57% of adults said they were not familiar with the term, also known by its shorthand, CRT, which asserts that racism is woven into the U.S. legal system and ingrained in its primary institutions.

Many of those who said they were familiar with it answered follow-up questions that showed they embraced a variety of misconceptions about critical race theory that have been largely circulating among conservative media outlets.

For example, 22% of those who said they were familiar with critical race theory also think it is taught in most public high schools. It is not.

Thirty-three percent believe it “says that white people are inherently bad or evil” or that “discriminating against white people is the only way to achieve equality.” It does not.

The poll showed that a bipartisan majority of Americans say that high school students should learn about slavery and racism in America. Yet respondents were more opposed to teaching critical race theory, which maintains that the legacy of slavery and Jim Crow racial segregation laws continues to create an uneven playing field for nonwhite Americans.

Still, 36% of Americans said they would support a ban on CRT in public schools. The responses were divided along party lines: a majority of Democrats – 51% – opposed a school ban, while a majority of Republicans – 54% – supported one.

As Americans tackle racial and social injustice after the police killing of George Floyd last year, several Republican-led states including Florida, Georgia and Texas have enacted rules to limit teaching about the role of racism in the United States.

Proponents argue they are protecting students from what they consider to be a divisive ideology and a distortion of history.

But Paula Ioanide, a professor of race and ethnicity studies at Ithaca College in New York, said the public is being fed bad information about the CRT theory from conservative activists hoping to invigorate the Republican base and dissuade teachers from talking about racism in schools.

“This is a manufactured crisis by the political right in response to the Black Lives Matter movement,” Ioanide said. “It’s a proxy for a debate that the country is reckoning with on the right and the left over the degree to which racism is alive and well.”

The Reuters/Ipsos poll was conducted online, in English, throughout the United States. It gathered responses from 1,004 adults, including 453 Democrats and 377 Republicans. The results had a credibility interval, a measure of precision, of about 4 percentage points.