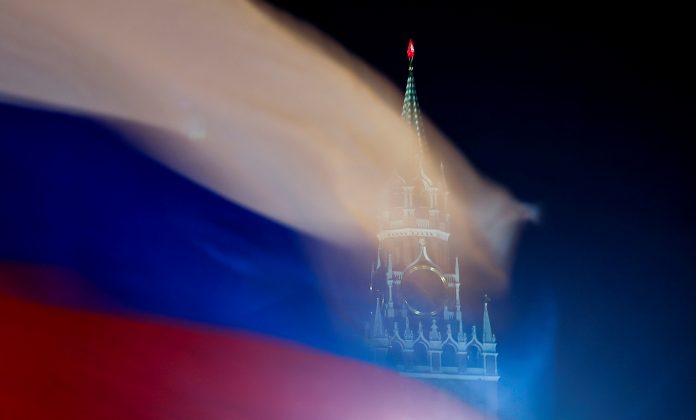 WASHINGTON (Reuters) – From breaking into computers to paying for a megaphone, Russian efforts to undermine the U.S. political system have been spelled out in detail by Special Counsel Robert Mueller, who has described an elaborate campaign of hacking and propaganda during the 2016 presidential race.

While Mueller has yet to submit to U.S. Attorney General William Barr a final report on his investigation into Russia’s role in the election, the former FBI director already has provided a sweeping account in a pair of indictments that charged 25 Russian individuals and three Russian companies.

Key questions still to be answered are whether Mueller will conclude that Trump’s campaign conspired with Moscow and whether Trump unlawfully sought to obstruct the probe. Trump has denied collusion and obstruction. Russia as denied election interference. 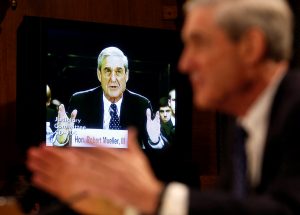 FILE PHOTO: Robert Mueller (R) , serving as Federal Bureau of Investigation director, is seen on a TV monitor at the U.S. Senate Judiciary Committee at an oversight hearing about the FBI on Capitol Hill in Washington, June 19, 2013. REUTERS/Larry Downing/File Photo

Here is an explanation of Mueller’s findings about Russian activities and U.S. intelligence assessments of the ongoing threat.

WHAT IS KNOWN ABOUT RUSSIAN “TROLL FARMS”?

On Feb. 16, 2018, Mueller charged 13 Russian individuals and three Russian entities with conspiracy to defraud the United States, wire and bank fraud and identity theft. It said the Internet Research Agency, a Russian-backed propaganda arm known for trolling on social media, flooded American social media sites Facebook, Twitter, YouTube and Instagram to promote Trump and spread disparaging information about his Democratic rival Hillary Clinton. The indictment said the Russian efforts dated to 2014, before Trump’s candidacy, and were intended to sow discord in the United States. [nL2N1Q61CL]

The St. Petersburg-based so-called troll farm employed hundreds of people for its online operations and had a multimillion-dollar budget, according to the indictment. It had a management group and departments including graphics, data analysis and search-engine optimization. Employees worked day and night shifts corresponding to U.S. time zones.

Its funding was provided by Evgeny Prigozhin, a businessman who U.S. officials have said has extensive ties to Russia’s military and political establishment, and companies he controlled including Concord Management and Consulting and Concord Catering. Prigozhin has been described by Russian media as being close to President Vladimir Putin. He has been dubbed “Putin’s cook” because his catering business has organized banquets for Russia’s president.

The Russians targeted Americans with information warfare, adopting false online personas and creating hundreds of social media accounts to push divisive messages and spread distrust of candidates and America’s political system in general, the indictment said. They aimed to denigrate Clinton and support the candidacies of Trump, who won the Republican presidential nomination, and Bernie Sanders, her rival for the Democratic nomination.

HOW WERE AMERICANS UNWITTINGLY RECRUITED?

In Florida, a pivotal state in U.S. presidential elections, the Russians steered unwitting Americans to pro-Trump rallies they conceived and organized. The indictment said the Russians paid “a real U.S. person to wear a costume portraying Clinton in a prison uniform at a rally” and another “to build a cage large enough to hold an actress depicting Clinton in a prison uniform.”

The accused Russians used false Facebook persona “Matt Skier” to contact a real American to recruit for a “March for Trump” rally, offering “money to print posters and get a megaphone,” the indictment said. They created an Instagram account “Woke Blacks” to encourage African-Americans not to vote for “Killary,” saying, “We’d surely be better off without voting AT ALL.” Fake social media accounts were used to post messages saying American Muslims should refuse to vote for Clinton “because she wants to continue the war on Muslims in the Middle East.” Alternatively, they took out Facebook ads promoting a June 2016 rally in Washington, “Support Hillary. Save American Muslims” rally. They recruited an American to hold up a sign with a quote falsely attributed to Clinton that embraced Islamic sharia law, the indictment said.

On July 13, 2018, Mueller charged 12 Russian military intelligence officers with hacking Democratic Party computer networks in 2016 to steal large amounts of data and then time their release to damage Clinton. The Russian hackers broke into the computer networks of the Clinton campaign and Democratic Party organizations, covertly monitoring employee computers and planting malicious code, as well as stealing emails and other documents, according to the indictment. [nL1N1U90YU]

Using fictitious online personas such as DCLeaks and Guccifer 2.0, the hackers released tens of thousands of stolen emails and documents. The Guccifer 2.0 persona communicated with Americans, including an unidentified person who was in regular contact with senior members of the Trump campaign, the indictment said. Guccifer 2.0 cooperated extensively with “Organization 1” – the WikiLeaks website – to discuss the timing of the release of stolen documents to “heighten their impact” on the election.

On or about July 27, 2016, the Russians tried to break into email accounts used by Clinton’s personal office and her campaign, the indictment said. The same day, candidate Trump told reporters: “Russia, if you are listening, I hope you’re able to find the 30,000 emails that are missing,” referring to emails from a private server Clinton had used when she was secretary of state.

To hide their identity, the Russians laundered money and financed their operation through cryptocurrencies including bitcoin, Mueller’s team said.

IS THE THREAT OVER?

The report said Russia and “unidentified actors” as recently as 2018 conducted cyber activity targeting U.S. election infrastructure, though there is no evidence showing “any compromise of our nation’s election infrastructure that would have prevented voting, changed vote counts or disrupted the ability to tally votes.”

(Reporting by Doina Chiacu; Editing by Will Dunham)