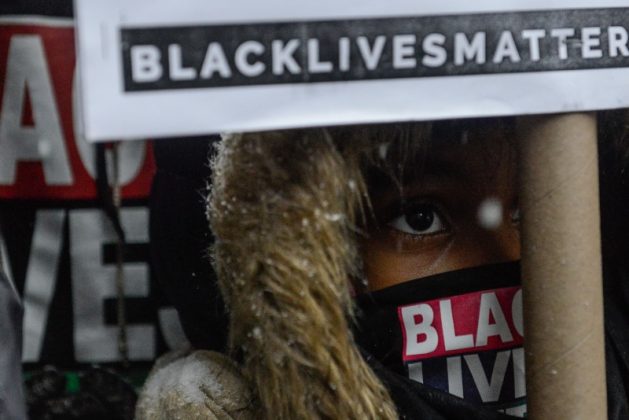 NEW YORK (Reuters) – Documents released by the New York Police Department and published by a newspaper on Tuesday shed new light on how undercover officers surveilled organizers from the Black Lives Matter movement who were protesting police tactics.

The documents include brief internal messages between officers that track demonstrators’ movements during “die-in” protests at New York City’s Grand Central Terminal in 2014 and 2015, as well as photographs and a video of the protests.

They also include two photographs of text messages on the screen of an unknown person’s cellphone that appear to be instructions sent by organizers telling protesters where to gather.

“TONIGHT 8PM Die In & Community Convergence at Grand Central,” one of the messages reads in part.

A New York judge ordered the release of the documents in February after a protester, James Logue, successfully sued the NYPD under freedom of information laws, arguing that the police may have inappropriately interfered with the right to protest peacefully.

The city released the documents to Logue last month, and they were published on Tuesday by the Guardian. The NYPD did not respond to questions, although it has acknowledged its use of undercover officers in the protests.

David Thompson, a lawyer representing Logue, said he was concerned by the photographs of the two organizing text messages because they were shared among only a small group of people.

“So we think this means that at least one police officer managed to get him or herself into this core group of organizers and might still be there for all we know,” he said in an interview. “And that’s disturbing.”

Thompson said the police surveillance of the protesters and the retention of photographs of them without any publicly known evidence of unlawful activity by the protesters was wrong.

Several of the protests in 2014 and 2015 were prompted by outrage over the death of Eric Garner, an unarmed black man selling loose cigarettes on New York’s Staten Island who died shouting “I can’t breathe!” as a police officer’s arm gripped his neck.

Some legal experts said in interviews it was difficult to tell from the limited information released whether the police department broke court-ordered rules that govern how New York City can police political activity, but that the surveillance seemed disproportionate.

“A ‘sit-in’ is not the same as an act of violence, and the police should not be engaged in maximal surveillance for non-violent activity,” said Arthur Eisenberg, the New York Civil Liberties Union’s legal director.