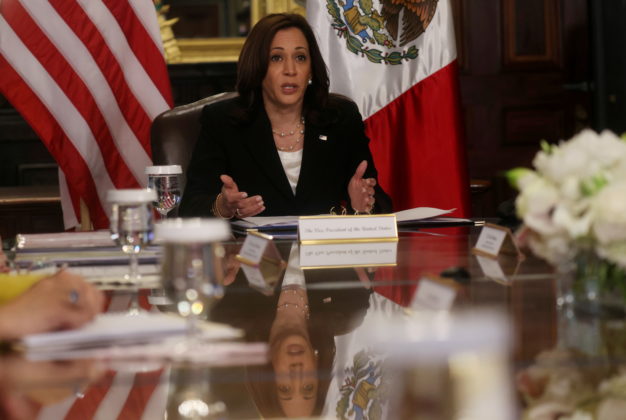 By Nandita Bose and Raul Cortes

At the start of the call, Harris said the United States and Mexico must fight violence and corruption together, along with the root causes of migration in Central America.

Lopez Obrador said he had a specific proposal he wanted to discuss with Harris. He did not give details, but told reporters minutes earlier that the tree planting proposal was at the top of his mind.

Lopez Obrador, who touted his good relations with both the previous Trump administration and the current Biden administration, told reporters at his regular news conference Friday morning that he also favors safer migration.

“If there’s a regular, normal and orderly migratory flow, we can avoid the risks migrants take who are forced to cross our country,” he said.

The trees-for-visas proposal was met with some surprise when Lopez Obrador previously raised it at a Washington climate summit in April.

President Joe Biden has entrusted Harris with leading efforts to cut immigration from Mexico and Central America’s “Northern Triangle” countries – Guatemala, Honduras and El Salvador – as the administration grapples with an increase in people crossing into the United States at the southern border.

Asked what Harris hoped to accomplish in the talks and what if any agreements were expected, Ricardo Zuniga, the U.S. special envoy on Central America’s Northern Triangle countries, said on Wednesday that the discussions would delve into immigration but also go beyond that issue.

“We’re undertaking these kinds of engagements with the view of the totality of our relationship with Mexico in mind,” Zuniga said. “Mexico is our largest trading partner… We’re deeply connected to them through economics and, through… our value chain and production chains.”

Harris has said she will visit Mexico and Guatemala on June 7-8 – her first foreign trip as vice president.

“No matter how much effort we put in on curbing violence, on providing disaster relief, on tackling food insecurity, on any event. We will not make significant progress if corruption in the region persists,” Harris said last week.

(Reporting by Nandita Bose in Washington; Additional reporting by Matt Spetalnick and Ted Hesson in Washington, and Raul Cortes Fernandez in Mexico City; Editing by Grant McCool and Alistair Bell)