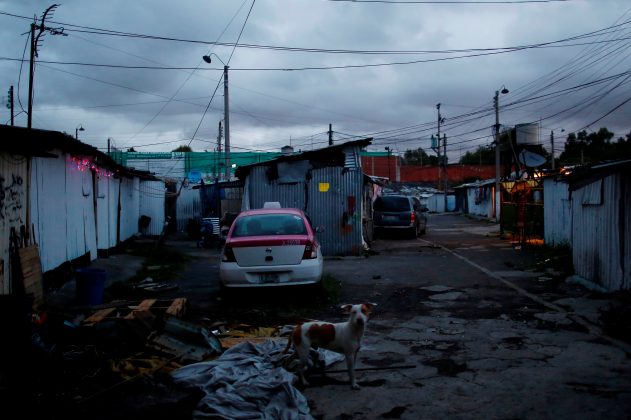 A dog is seen in a street at the camp known as No.3 in Mexico City, Mexico, October 16, 2017. The camp was founded in 1985 after an earthquake, which killed around 5,000 people. REUTERS/Carlos Jasso

MEXICO CITY (Reuters) – I first visited Camp No. 3 a few days after the Sept. 19 earthquake.

After reporting from collapsed buildings around the city, this was a different type of shock. Row after row of tiny tin shacks crammed into a small lot hidden behind a high fence in the middle class neighborhood of Lindavista.

Here, hundreds of families who lost their homes in an earthquake 32 years ago are living in deplorable conditions, with children and grandchildren born during the interminable wait for promised government-subsidized homes.

The 1985 earthquake was a defining moment for the Mexican capital. The death toll is still disputed, but at least 5,000 were killed. Some say many more died.

Three decades on, hundreds of its victims are still living in hovels in encampments across the sprawling city of 20 million and now the latest quake has made thousands more people homeless. 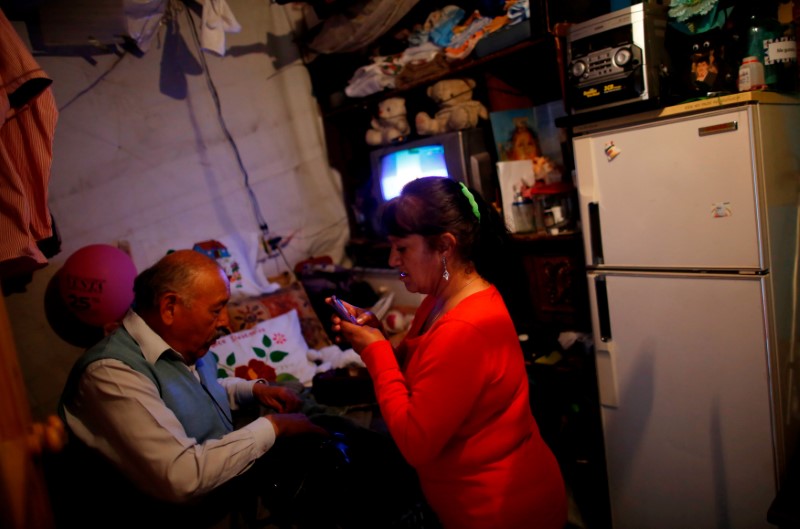 Maria de Lourdes Rosales, 64, who lost her home in the 1985 earthquake, answers her phone in her house at the camp known as No.3 in Mexico City, Mexico, October 16, 2017. The camp was founded in 1985 after an earthquake, which killed around 5,000 people. REUTERS/Carlos Jasso

On first impression the camp is a little menacing, the smell of marijuana hangs in the air and residents warn of thieves and petty crime they blame on new arrivals – people who have moved in to occupy shacks left by families who have received new homes.

A strong sense of community prevails among the 1985 earthquake survivors, necessary perhaps for families who share outdoor toilets and use bared electric cables to heat water to bathe.

And as I have seen among many of Latin America’s poorest people, there is resourcefulness. Most families had some kind of work, many setting up small businesses like food stands selling tacos, or makeshift photocopy shops on the roadside.

One woman made her living charging for toilet paper and access to a bathroom.

According to the leaders of the Lindavista camp, its ramshackle shacks are home to around 750 people, divided into roughly 250 families.

There are almost 200 children who are the grandchildren of those originally resettled here, according to local leaders.

At least six such camps exist in the capital. Mexico City’s housing institute said that since 2016, it has delivered 173 homes to victims of the 1985 quake and expects to hand over 120 more before the end of next year. 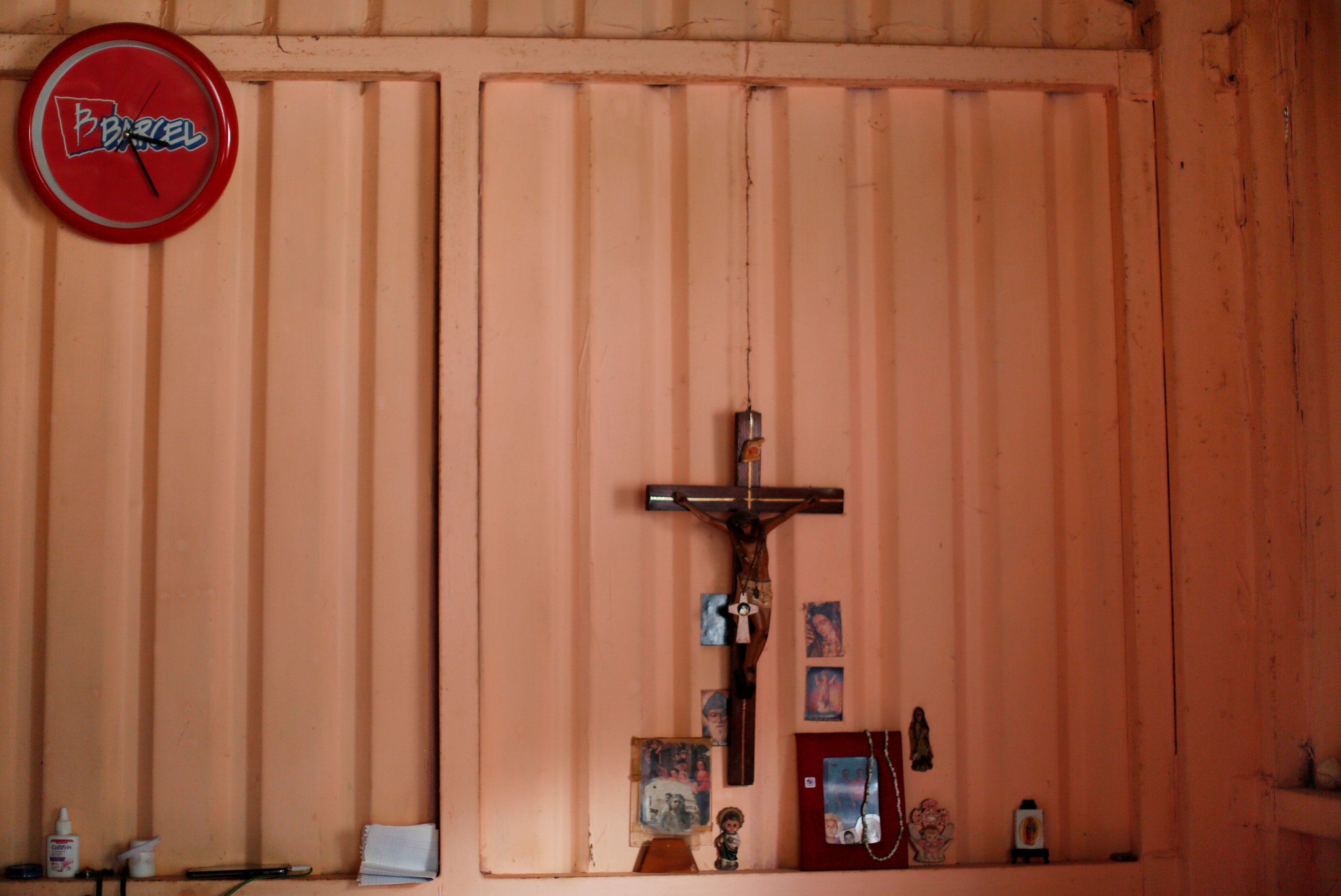 A cross is displayed at the home of Martha Mejia at the camp known as No.3, in Mexico City, Mexico, October 17, 2017. The camp was founded in 1985 after an earthquake, which killed around 5,000 people. Mejia lost her home in the 1985 earthquake. REUTERS/Carlos Jasso