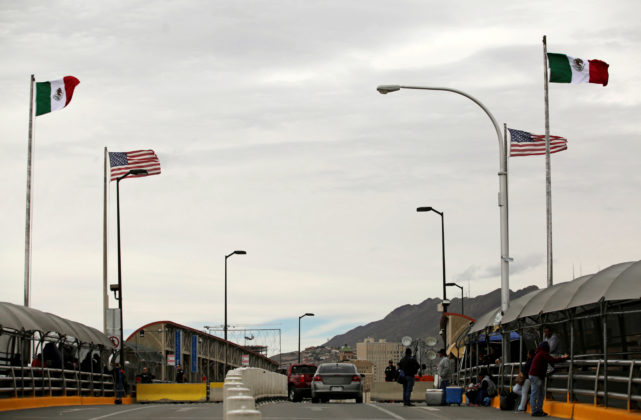 MEXICO CITY (Reuters) – Mexico’s government said on Thursday it would apply travel curbs on its southern border with Guatemala to help contain the spread of COVID-19 as officials said the Biden administration planned to loan Mexico vaccines to fight the pandemic.

The foreign ministry’s announcement that Mexico would restrict movement on its border with Guatemala comes just as the country plans to step up enforcement efforts in the area against illegal immigration, according to a Reuters report.

President Joe Biden is under increasing pressure to reduce a recent surge in migrants from Central America reaching the U.S. border while Mexico has been pressing the U.S. government for a loan of vaccines to help its drive to tackle COVID-19.

A U.S. congressional source said the mutually beneficial news on the vaccines and the border curbs was no coincidence. A Mexican official did not immediately reply to a request for comment on whether the two announcements were linked.

Confirming details reported by Reuters, Mexican Foreign Minister Marcelo Ebrard said that Mexico and the United States were crafting a deal for 2.5 million doses of AstraZeneca’s COVID-19 vaccine and that he would reveal more on Friday.

“This would be the best start for a broad cooperation on vaccines,” Ebrard said on Twitter.

A U.S. official told Reuters that under the loan deal, the United States would send Mexico 2.5 million doses of the AstraZeneca vaccine that it is not using. Canada is also set to receive 1.5 million doses under the arrangement.

In a statement, Mexico’s foreign ministry said restrictions for non-essential activities on its borders with the United States and Guatemala would take effect starting on Friday, and would remain in place until midnight of April 21.

During the past few months, Mexico had announced extensions to restrictions along its border with the United States as part of bilateral efforts to stem the spread of the pandemic.

Those monthly communiques did not mention the border with Guatemala, where average COVID-19 cases are now lower than they were in January, though they have been ticking up.

Mexico’s own infections have fallen sharply in the last few weeks, and the two southern states covering over 85% of the border with Guatemala are two of only three in the country at the lowest COVID-19 alert level, health ministry data show.

(Reporting by Diego Ore and Dave Graham in Mexico City and Jeff Mason in Washington; Writing by Laura Gottesdiener; Editing by Andrea Ricci)