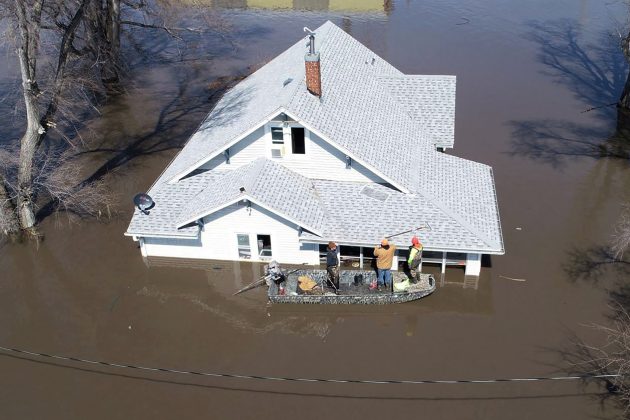 Lanni Bailey and a team from Muddy Paws Second Chance Rescue enter a flooded house to pull out several cats during the flooding of the Missouri River near Glenwood, Iowa, U.S. March 18, 2019. Passport Aerial Photography/Handout via REUTERS

(Reuters) – U.S. Vice President Mike Pence will visit Nebraska on Tuesday to survey the devastation left by floods in the Midwest which have killed at least four people and caused hundreds of millions of dollars in damage.

The floods, the result of last week’s ‘bomb cyclone,’ a term used by meteorologists to describe the powerful winter hurricane, inundated stretches of Nebraska and Iowa along the Missouri River. It swamped homes, covering about a third of the U.S. Air Force Base that is home to the United States Strategic Command, and cut off road access to a nuclear power plant. 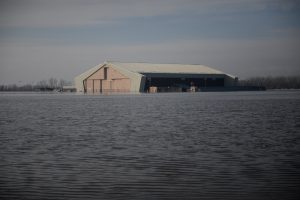 FILE PHOTO: One of many areas near the southeast side of Offutt Air Force Base affected by flood waters is seen in Nebraska, U.S., March 16, 2019. Courtesy Rachelle Blake/U.S. Air Force/Handout via REUTERS

Farms were deluged and rescuers could be seen in boats pulling pets from flooded homes.

About 74 Nebraska cites had declared states of emergency by Monday evening, according to Nebraska Emergency Management Agency (NEMA). More than 600 residents were evacuated and taken to American Red Cross-operated shelters.

“Heading to Nebraska today to survey the devastating flood damage. To the people of Nebraska, Iowa, South Dakota, Kansas, all regions impacted: we are with you,!” Pence said in a post on Twitter early Tuesday. He will tour the zone with Nebraska Governor Pete Ricketts and Iowa Governor Kim Reynolds.

“Most of the snowpack in Nebraska is now gone, but upriver in North and South Dakota, there’s significant snowpack of up to 20 plus inches (51 cm) and it’s melting,” he said. 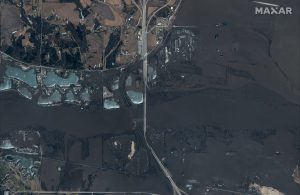 The Missouri River, the longest in North America, has flooded much of Nebraska between Omaha and Kansas City.

At least one person was missing on Monday. The four reported deaths included one person in Iowa who was rescued from flood waters but later succumbed to injuries, according to the Fremont County Sheriff’s Office.

“This is clearly the most widespread disaster we have had in our state’s history,” in terms of size, Governor Ricketts told reporters Monday.

Damage to the state’s livestock sector was estimated at about $400 million, said Steve Wellman, director of the Nebraska Department of Agriculture.

The state’s highway system suffered hundreds of millions of dollars in damage, said Kyle Schneweis, director of the state Department of Transportation.

(Reporting by Gina Cherelus in New York and Rich McKay in Atlanta; Editing by Scott Malone and Bernadette Baum)