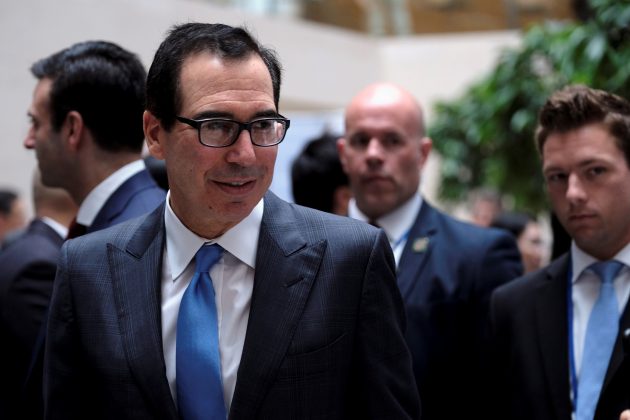 WASHINGTON (Reuters) – U.S. Treasury Secretary Steven Mnuchin, in a television interview that aired on Monday, said he hopes that the United States and China can finalize a trade deal with two more rounds of talks between the global economic powerhouses.

Speaking to Fox Business Network as the latest round of trade negotiations commence in Beijing, Mnuchin also said the part of the negotiations aimed at enforcement is close to finished. Another round of talks is planned for next month Washington.

“We still have more work to do,” Mnuchin said. “I think there is a strong desire from both sides to see if we can wrap this up or move on.”

“We hope within the next two rounds, in China and in DC, to get to the point where we can either recommend to the president that we have a deal or recommend that we don’t,” he told the television network.

Mnuchin and U.S. Trade Representative Robert Lighthizer are scheduled to travel to Beijing on Monday for the latest negotiations in what could be the talks’ end game.

Chinese Vice Premier Liu He will visit Washington for discussions starting on May 8.