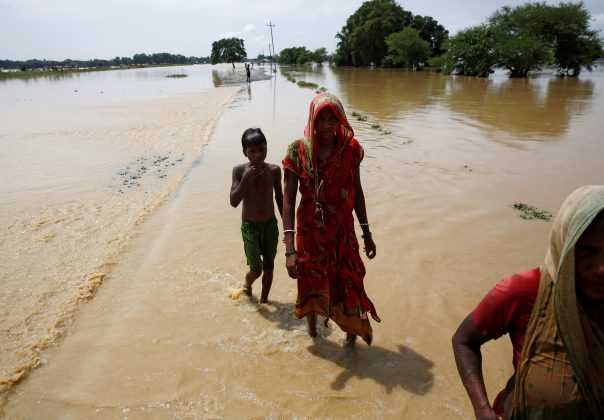 By Gopal Sharma and Ruma Paul

KATHMANDU/DHAKA (Reuters) – Heavy monsoon rains in Nepal, Bangladesh and India have killed more than 200 people in the last week, officials said on Tuesday, as rescue workers rushed to help those stranded by floodwaters.

In Nepal, the death toll from flash floods and landslides rose to 115, with 38 people missing. Relief workers said 26 of Nepal’s 75 districts were either submerged or had been hit by landslides.

“We will now focus more on rescue of those trapped in floods and relief distribution. People have nothing to eat, no clothes. So we have to provide them something to eat and save their lives,” said Nepali police spokesman Pushkar Karki.

Floods in north Bangladesh have killed at least 39 people in the last few days and affected more than 500,000, many of them fleeing their homes to shelter in camps, officials said.

The situation could get worse as swollen rivers carry rainwater from neighboring India downstream into the low-lying and densely populated country, they said.

In the northern Indian state of Bihar, floods have killed 56 people since Sunday and affected more than six million, said Anirudh Kumar, additional secretary in the state Disaster Management Department.

More than two million people have been evacuated from their homes, Kumar told Reuters, and national disaster relief force teams have been airlifted in to help.

Flooding has also killed at least 15 people in the northeastern state of Assam.

Monsoon rains start in June and continue through September. They are vital for farmers in India, Nepal, and Bangladesh but cause loss of life and property damage every year.