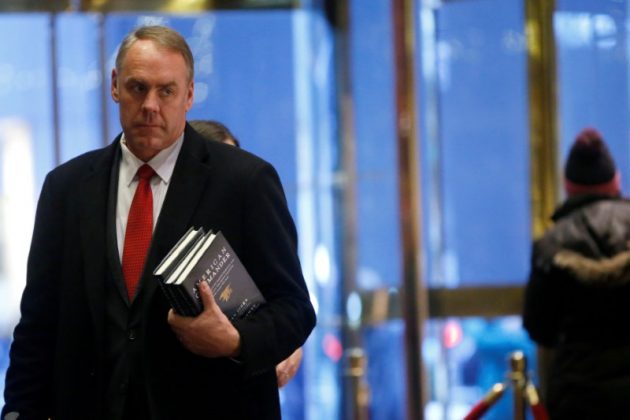 (Reuters) – Top Montana Democratic and Republican lawmakers on Tuesday warned neo-Nazis they would find “no safe haven” for a rally that could include guns planned for next month in a mountain town where white nationalists have threatened Jewish residents.

The lawmakers include both Democrats and U.S. Representative Ryan Zinke, recently picked by Republican President-elect Donald Trump to be interior secretary.

Neo-Nazis plan to march in January in the mountain ski town of Whitefish in Montana’s remote and rugged northwestern reaches. The march is to support the mother of white nationalist leader Richard Spencer. Sherry Spencer is facing pressure from community members to sell a building she owns in Whitefish because of its ties to her son and disavow her son’s beliefs.

Community members held a vigil and a protest earlier this month in front of the building.

As pressure mounted against the building, the neo-Nazi and white supremacist website “Daily Stormer” urged its readers in an article to “take action” against Jews in the Whitefish area.

In its article, the “Daily Stormer” called for an “old fashioned Troll Storm” against community members and published their names and phone numbers along with yellow Jewish stars superimposed over their photographs. It also said that because of gun laws in Montana, “we can easily march through the center of the town carrying high-powered rifles.”

The website contains many anti-Semitic descriptions and images of Jews, but said it does not endorse violence.

Spencer is the president of the National Policy Institute, a think tank within the alt-right movement, which includes neo-Nazis and white supremacists. In a video posted online by the Atlantic Monthly magazine, some institute members could be seen hailing Trump’s election victory with Nazi-era salutes after Spencer addressed the group at its conference last month in Washington, D.C.

Spencer has said on Twitter he might pursue Zinke’s House of Representatives seat if Zinke is confirmed as Trump’s interior secretary.

Whitefish Police Chief Bill Dial told Reuters in a phone interview last week that his department had assigned extra patrols to the homes and businesses of the residents identified in the article. However, Dial said there had been no reports of harassment or intimidation of the Jewish community that rose to the level of a crime.

Dial also said Federal Bureau of Investigation officials told him they interviewed Spencer and that he denounced the “Daily Stormer” postings.

In a statement to Reuters, Spencer’s father said he and his wife “love our son, but do not agree with his polemics, societal desires or his extreme political leanings.”

(Reporting by Keith Coffman in Denver and Steve Gorman in Los Angeles; Writing and additional reporting by Eric M. Johnson from Seattle; Editing by Ben Klayman and Lisa Shumaker)