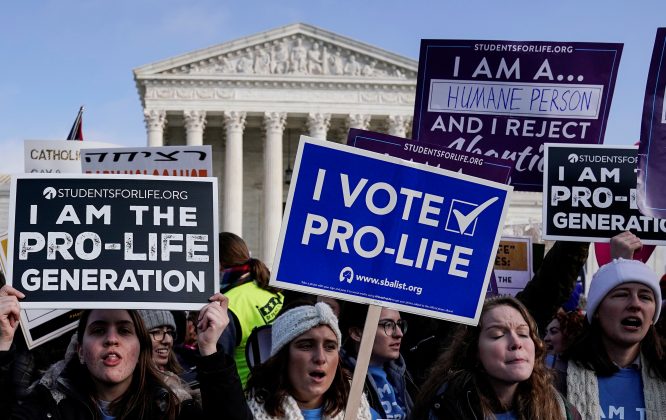 Anti-abortion marchers rally at the Supreme Court during the 46th annual March for Life in Washington, U.S., January 18, 2019. REUTERS/Joshua Roberts

(Reuters) – North Dakota Republican Governor Doug Burgum signed legislation on Wednesday making it a crime for doctors to perform a second-trimester abortion using instruments like forceps and clamps to remove the fetus from the womb. 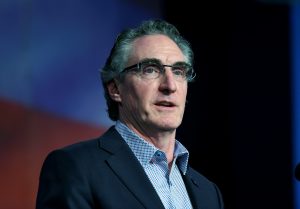 The move came the same day that Ohio’s Republican-controlled legislature passed one of the nation’s most restrictive abortion bans – outlawing the procedure if a doctor can detect a heartbeat. The bill now goes to Republican Governor Mike DeWine, who is expected to sign it.

Georgia’s Republican-controlled legislature in March also passed a ban on abortions if a fetal heartbeat is detected, which can often occur before a woman even realizes she is pregnant.

Activists on both sides of the issue say such laws, which are commonly blocked by court injunctions, are aimed at getting a case sent to the U.S. Supreme Court, where conservatives hold a 5-4 majority, to challenge Roe v. Wade, the landmark 1973 decision that established a constitutional right to abortion.

The North Dakota bill, which Burgum’s spokesman, Mike Nowatzki, confirmed in an email that the governor signed, followed similar laws in Mississippi and West Virginia.

Known as HB 1546, it outlaws the second-trimester abortion practice known in medical terms as dilation and evacuation, but which the legislation refers to as “human dismemberment.”

Under the North Dakota legislation, doctors performing the procedure would be charged with a felony but the woman having the abortion would not face charges.

Similar legislation exists in Alabama, Arkansas, Kansas, Kentucky, Louisiana, Ohio, Oklahoma and Texas, but is on hold because of litigation, according to the Guttmacher Institute, a reproductive rights group.

Abortion-rights groups challenging such bans argue they are unconstitutional as they obstruct private medical rights.

North Dakota has one abortion provider, the Red River Women&rsquo;s Clinic in Fargo. Clinic Director Tammi Kromenaker did not immediately respond to a request for comment. She previously said her clinic would wait for a decision in a case involving similar legislation in Arkansas before deciding on a possible legal challenge to HB 1546.