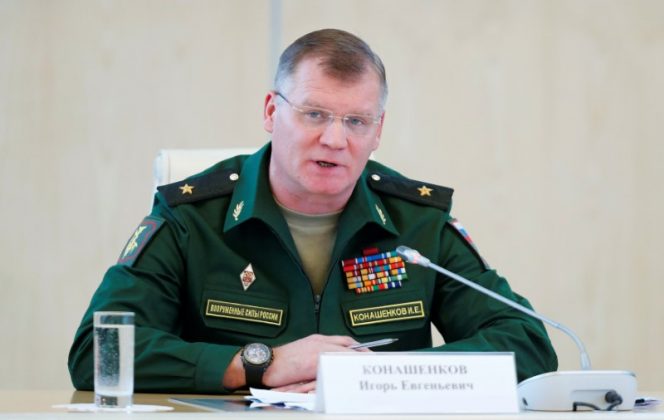 MOSCOW (Reuters) – Russian troops that took part in war games in neighboring Belarus have returned to their bases, a Russian general said on Saturday.

“As for units of Russian forces that took part in a mutual strategic military exercises ‘Zapad 2017’, they all returned to their permanent disposition,” TASS news agency quoted Major-General Igor Konashenkov as saying. “Zapad” is the Russian word for “west”.

Konashenkov spoke after Ukraine’s Commander-in-Chief Viktor Muzhenko said Russia had left troops behind after staging the war games despite promising not to.

Relations between Kiev and Moscow nosedived after Russia annexed the Crimean peninsula in 2014 and supported the outbreak of a separatist insurgency in eastern Ukraine that has killed more than 10,000 people.

Muzhenko told Reuters that Russia had withdrawn only a few units from Belarus and had lied about how many of its soldiers were there in the first place.

Konashenkov said Muzhenko’s remarks on Russian troops in Belarus were a fantasy. He said the comments were “a reason for an immediate resignation for such an executive officer,” referring to Muzhenko.

A Belarussian defense ministry spokesman said the last train of Russian troops and equipment had left Belarus on Thursday, Sept. 28.