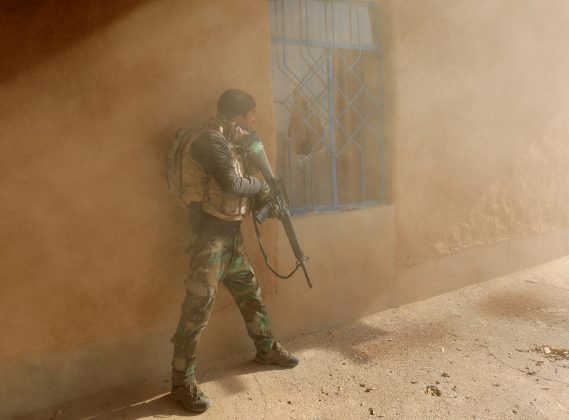 An Iraqi soldier searches a house during clashes with Islamic State fighters in Al-Qasar, southeast of Mosul. REUTERS/Goran Tomasevic

BAGHDAD/MOSUL, Iraq (Reuters) – A full siege is developing in Mosul as poor families struggle to feed themselves after prices rose sharply following the U.S.-backed offensive on the Islamic State-held city in northern Iraq, humanitarian workers said on Tuesday.

Some of the poorest families are finding it hard to feed themselves while others are hoarding and hiding food as they expect prices to rise further as the battle that started six weeks ago takes hold of the city. 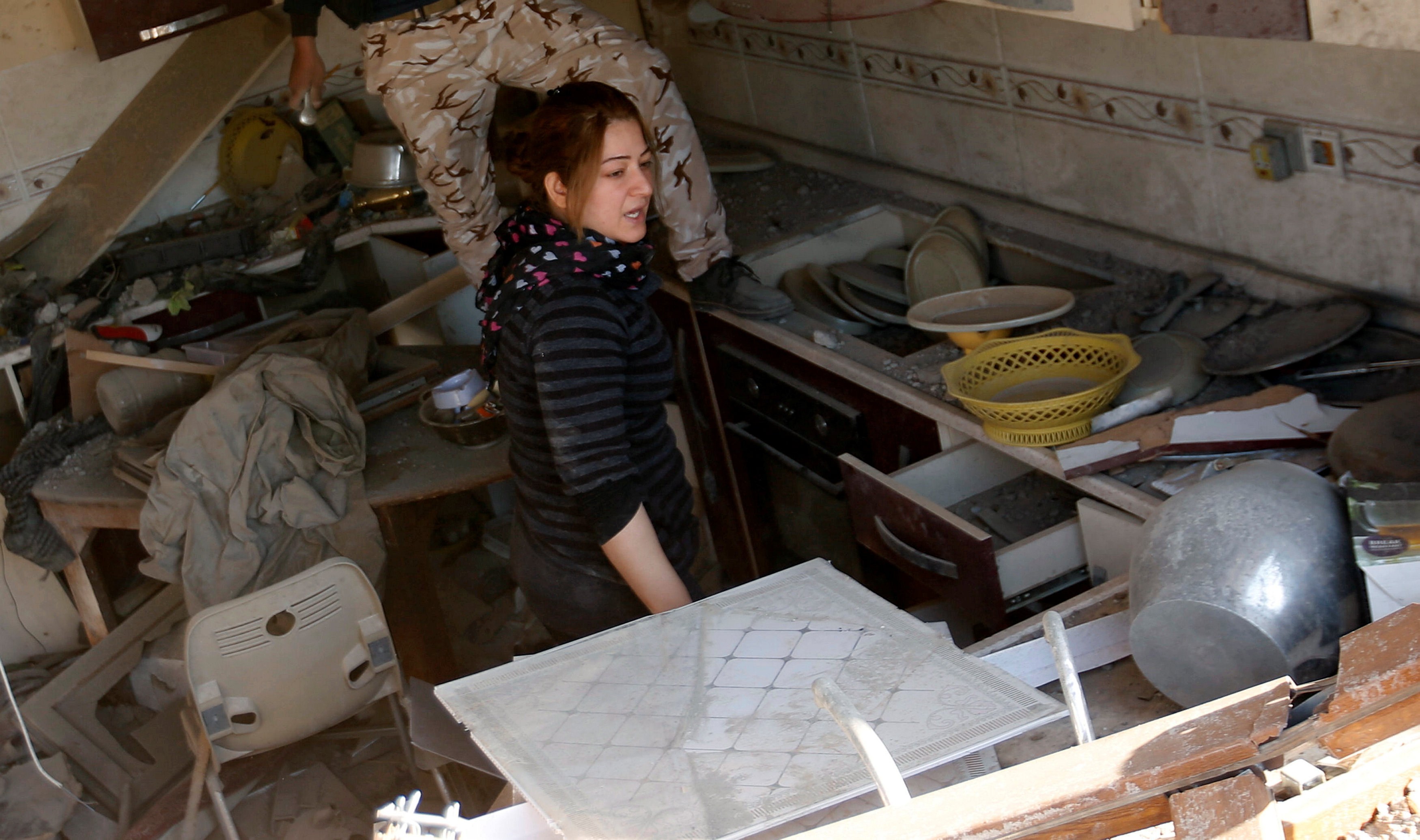 A Kurdish Iraqi woman inspects her destroyed kitchen after returning to her house in the town of Bashiqa which was retaken by Kurdish Peshmerga fighters following a battle with Islamic State militants, north of Mosul, Iraq November 29, 2016. REUTERS/Mohammed Salem

“Key informants are telling us that poor families are struggling to put sufficient food on their tables,” U.N Humanitarian Coordinator in Iraq, Lise Grande, told Reuters. “This is very worrying.”

Iraqi government and Kurdish forces surround the city from the north, east and south, while Popular Mobilisation forces – a coalition of Iranian-backed Shi’ite groups – are trying to close in from the west.

Retail prices rose sharply last week, after Popular Mobilisation fighters cut the supply route to Mosul from the Syrian half of the self-styled caliphate, declared by Islamic State two years ago over Sunni-populated parts of Iraq and Syria.

More than a million people are still believed to live in parts of Mosul under the control of the Islamic State fighters, who seized the largest city in northern Iraq as part of a lightning advance across a third of the country in 2014.

With the last supply route cut off, basic commodity prices in Mosul could double “in the short term”, said a humanitarian worker, who declined to be identified.

Some 100,000 Iraqi government troops, Kurdish security forces and mainly Shi’ite militiamen are participating in the assault on Mosul that began on Oct. 17, with air and ground support from a U.S.-led international military coalition.

The capture of Mosul, Islamic State’s last major urban stronghold in Iraq, is seen as crucial towards dismantling the caliphate.

Iraqi forces moving from the east have captured about a quarter of Mosul, trying to advance to the Tigris river that runs through its center, in the biggest battle in Iraq since the 2003 U.S.-led invasion that toppled Saddam Hussein.

“In a worst case, we envision that families who are already in trouble in Mosul will find themselves in even more acute need.” Grande said. “The longer it takes to liberate Mosul, the harder conditions become for families.”

Islamic State arrested on Sunday about 30 shop owners accused of raising food prices in the city, to try to suppress discontent, witnesses said on Monday.

The group is relentlessly cracking down on people who could help the offensive in Iraq. Most of the people executed previously in Mosul were former police and army officers, suspected of disloyalty or plotting rebellions against the militants’ harsh rule.

The Iraqi military estimates there are 5,000-6,000 insurgents in Mosul, dug in amid civilians to hamper air strikes, resisting the advancing troops with suicide car bombs and sniper and mortar fire that also kill civilians.

Iraqi and coalition forces did not confirm the report, which said two militants and the Sunni hardline group’s transport minister were also killed in the strike.

Islamic State leader Abu Bakr al-Baghdadi, believed to be somewhere near the Syrian border, has told his fighters there can be no retreat from the city.

Some 74,000 civilians have fled Mosul so far, and the United Nations is preparing for a worst-case scenario which foresees more than a million people made homeless as winter descends and food shortages set in.

A Reuters correspondent in eastern Mosul saw civilians fleeing the fighting in Aden, a district supposed to be under Iraqi government control, in an indication of the difficulty the troops are encountering in holding terrain.

“Daesh is still there,” said Ehab, a high school student, referring to Islamic State by one of its Arab acronyms. “They drive around in cars; the situation is very, very difficult there. I am glad I made it out alive.”