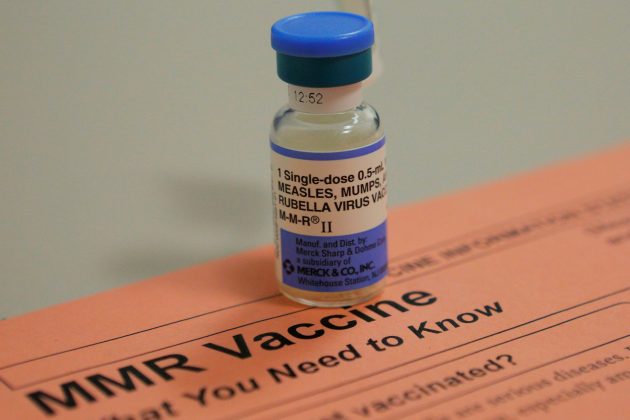 (Reuters) – Christian Mejia thought he had a shot at getting out of immigration detention in rural Louisiana after he found a lawyer to help him seek asylum.

Then he was quarantined.

In early January, a mumps outbreak at the privately run Pine Prairie U.S. Immigration and Customs Enforcement (ICE) Processing Center put Mejia and hundreds of other detainees on lockdown. “When there is just one person who is sick, everybody pays,” Mejia, 19, said in a phone interview from the Pine Prairie center describing weeks without visits and access to the library and dining hall.

His attorney was not allowed in, but his immigration court case continued anyway – over a video conference line. On Feb. 12, the judge ordered Mejia deported back to Honduras.

The number of people amassed in immigration detention under the Trump administration has reached record highs, raising concerns among migrant advocates about disease outbreaks and resulting quarantines that limit access to legal services.

As of March 6, more than 50,000 migrants were in detention, according to ICE data.

Internal emails reviewed by Reuters reveal the complications of managing outbreaks like the one at Pine Prairie, since immigrant detainees often are transferred around the country and infected people do not necessarily show symptoms of viral diseases even when they are contagious.

Mumps can easily spread through droplets of saliva in the air, especially in close quarters. While most people recover within a few weeks, complications include brain swelling, sterility and hearing loss.

ICE health officials have been notified of 236 confirmed or probable cases of mumps among detainees in 51 facilities in the past 12 months, compared to no cases detected between January 2016 and February 2018. Last year, 423 detainees were determined to have influenza and 461 to have chicken pox. All three diseases are largely preventable by vaccine.

As of March 7, a total of 2,287 detainees were quarantined around the country, ICE spokesman Brendan Raedy told Reuters.

The first cases at Pine Prairie were detected in January in four migrants who had been recently transferred from the Tallahatchie County Correctional Facility in Mississippi, according to internal emails.

Tallahatchie, run by private detention company CoreCivic Inc, has had five confirmed cases of mumps and 18 cases of chicken pox since January, according to company spokeswoman Amanda Gilchrist. She said no one who was diagnosed was transferred out of the facility while the disease was active.

“We are seeing migrants arrive with illnesses and medical conditions in unprecedented numbers,” McAleenan said at a press conference.

However, vaccination rates in the countries of El Salvador, Guatemala and Honduras are above 90 percent, according to the Centers for Disease Control and Prevention. ICE detainees come from countries all over the world, with varying degrees of vaccination coverage.

At Pine Prairie, staff members were at times at odds with the warden about how to manage the mumps outbreak, internal emails show. The warden decided not to quarantine 40 new arrivals from Tallahatchie in February despite concerns raised by the medical staff, one email showed.

The warden, Indalecio Ramos, who referred questions about the outbreak to ICE and the GEO Group, argued that quarantining the transfers would keep them from attending their court hearings, the facility’s health service administrator wrote in a Feb. 7 email.

In a Feb. 21 email, ICE requested that medical staff members at Pine Prairie clear a detainee quarantined for chicken pox and mumps for travel, calling him a “high-profile removal scheduled for deport.” In an email to staff later that day, warden Ramos wrote that medical staff had wanted to exclude the detainee from transfer but “ICE wants him to travel out of the country anyway … Please ensure he leaves.”

ICE spokesman Raedy said that travel is restricted for people who are known to be contagious but those exposed to diseases who are asymptomatic can travel.

Since January, the 1,094-bed Pine Prairie facility has had 18 detainees with confirmed or probable cases of mumps compared to no cases in 2018, according to ICE. As of mid-February, 288 people were under quarantine at Pine Prairie. Mejia said his quarantine ended on Feb. 25.

Detention centers in other states also have seen a rise in outbreaks.

There have been 186 mumps cases in immigration detention facilities in Texas since October, the largest outbreak in centers there in recent years, said Lara Anton, the press officer for the Texas Department of State Health Services.

In Colorado, at the Aurora Contract Detention Facility near Denver, run by the GEO Group, 357 people have been quarantined following eight confirmed and five suspected cases of mumps detected since February, as well as six cases of chicken pox diagnosed since the beginning of January, said Dr. Bernadette Albanese from the Tri County Health Department in Colorado.

At Pine Prairie on Feb. 12, Mejia said he felt confused and hopeless during his video hearing, with no attorney by his side.

After Mejia’s lawyers complained, attorneys were allowed to visit quarantined detainees on Feb. 13 – one day too late for Mejia.

While he is appealing his case, his lawyers say he could be deported at any time.