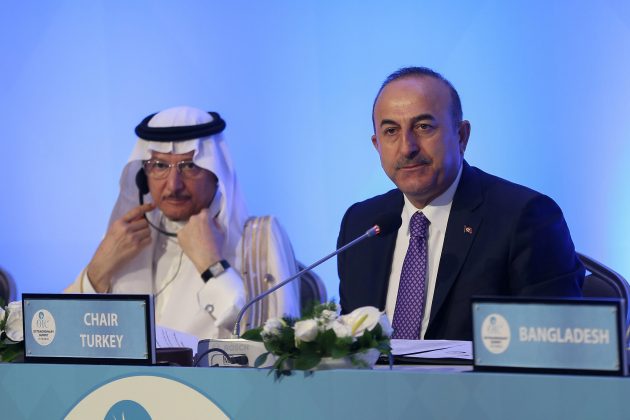 By Tuvan Gumrukcu and Parisa Hafezi

ISTANBUL (Reuters) – Turkey called on Muslim countries on Friday to stop other nations from following the United States and moving their embassies in Israel to Jerusalem, as it opened a meeting in Istanbul on Friday.

Turkish President Tayyip Erdogan called the summit of the 57-member Organisation of Islamic Cooperation (OIC) after Israeli forces this week killed dozens of Palestinian protesters who were demonstrating in Gaza against the opening of the U.S. Embassy in Jerusalem.

Turkey has been one of the most vocal critics of the U.S. move and the violence in Gaza, declaring three days of mourning. Erdogan has described the actions of the Israeli forces as a “genocide” and Israel as a “terrorist state”.

“We will emphasise the status of the Palestine issue for our community, and that we will not allow the status of the historic city to be changed,” Turkish Foreign Minister Mevlut Cavusoglu said in an opening address. “We must prevent other countries following the U.S. example.”

The events in Gaza have also sparked a diplomatic row between Turkey and Israel, with both countries expelling each other’s senior diplomats this week.

The plight of Palestinians resonates with many Turks, particularly the nationalist and religious voters who form the base of support for Erdogan, running for re-election next month.

Despite the rhetoric, Israel was the 10th-biggest market for Turkish exports in 2017, buying some $3.4 billion of goods, according to IMF statistics.

“We have excellent economic ties with Turkey. And these relations are very important for both sides,” Israeli Finance Minister Moshe Kahlon told Israel Radio on Friday when asked if Israel should break ties with Turkey.

Guatemala this week became the second country to move its embassy to the holy city, and Paraguay said it would follow suit this month.

Iranian Foreign Minister Mohammad Javad Zarif told Iranian television after arriving in Istanbul that “Israel’s recent crimes in Palestine and the relocation of the U.S. Embassy to Jerusalem need serious coordination between Islamic countries and the international community”.

U.N. human rights chief Zeid Ra’ad al-Hussein on Friday said Israel had systematically deprived Palestinians of their human rights, with 1.9 million people in Gaza “caged in a toxic slum from birth to death”.

One thought on “Muslims must stop other countries opening Jerusalem embassies: Turkey”