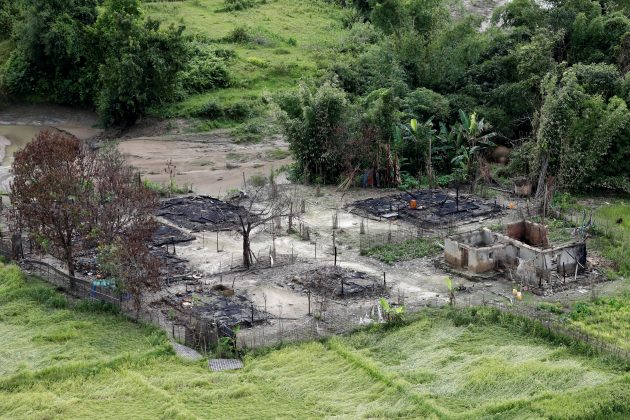 The panel of independent investigators, set up by the U.N. Human Rights Council in 2017, accused Myanmar’s government of failing to hold anyone accountable and said it was responsible “under the Genocide Convention for its failure to investigate and punish acts of genocide”.

A military crackdown in Myanmar’s Rakhine state that began in August 2017 drove more than 730,000 Rohingya to flee to Bangladesh. Myanmar denies widespread wrongdoing and says the military campaign across hundreds of villages in northern Rakhine was in response to attacks by Rohingya insurgents.

“Hundreds of Rohingya women and girls were raped, with 80 percent of the rapes corroborated by the Mission being gang rapes. The Tatmadaw (Myanmar military) was responsible for 82 percent of these gang rapes,” the report said.

At a news conference in Myanmar on Friday, military spokesman Major-General Tun Tun Nyi called the accusations “groundless” and based on “talking stories”.

“I cannot read out what they mentioned in their report, because it is not suitable to say in front of women in polite society,” he said.

Myanmar has laws against sexual assault, he added, and soldiers were warned against it at military schools.

“If you look at these experts, don’t they know our country’s law or respect it?” he asked.

The Myanmar government has refused entry to the U.N. investigators. The investigators traveled to refugee camps in Bangladesh, Thailand and Malaysia, and met with aid groups, think-tanks, academics and intergovernmental organizations.

In an August 2018 report, the investigators laid out five indicators of genocidal intent by the Myanmar military: the use of derogatory language; specific comments by government officials, politicians, religious authorities and military commanders prior, during and after the violence; the existence of discriminatory plans and policies; evidence of an organized plan of destruction; and the extreme brutality of the campaign.

“The mission now concludes on reasonable grounds that the sexual violence perpetrated against women and girls that began on 25 August 2017 was a sixth factor that indicated the Tatmadaw’s genocidal intent to destroy the Rohingya people,” the new report said.

It said that two years later no military commanders had been held accountable for these and other crimes under international law and that the government “notoriously denies responsibility.”

“Myanmar’s top two military officials remain in their positions of power despite the mission’s call for them to be investigated and, if appropriate, prosecuted for war crimes, crimes against humanity and genocide,” the panel said.

The investigators said they had collected new information about alleged perpetrators and added their names to a confidential list to be given to U.N. Human Rights chief Michelle Bachelet and another U.N. inquiry charged with collecting and preserving evidence for possible future trials.