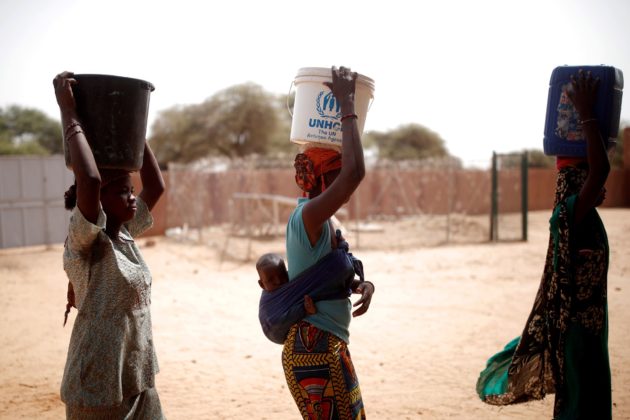 LONDON (Thomson Reuters Foundation) – Conflicts over water are likely to flare up in Iraq, Mali and India in the coming year, according to the developers of an app launched on Thursday which aims to help prevent violence by flagging up potential flashpoints.

They said the “groundbreaking” early warning tool, which has also predicted risks in Iran, Nigeria and Pakistan, could spot the likelihood of conflicts – including water-related violence – up to 12 months in advance.

U.N. data shows a quarter of the globe is using water faster than natural sources can be replenished.

The tool will enable governments and others, including development and disaster response experts, to intervene early to defuse conflicts, according to the Water, Peace and Security (WPS) partnership which is behind the app.

It said trials suggested an 86% success rate in identifying conflicts with 10 casualties or more.

“This app is very important given the escalation of water-related conflicts across the world,” said Jessica Hartog, a climate change expert with International Alert, a WPS partner.

“It will save lives, absolutely, if we see politicians acting on the early warning data it will provide,” she told the Thomson Reuters Foundation.

The WPS Global Early Warning Tool uses machine learning to pinpoint conflict risks on the basis of more than 80 variables going back 20 years.

This includes data on precipitation and droughts from satellite sources, and socio-economic and demographic data on everything from population density to past patterns of violence.

“Water is often an overlooked risk factor in conflict,” said Charles Iceland, a senior water expert at the World Resources Institute, part of the WPS partnership which is supported by the Netherlands’ foreign ministry.

“This could be a breakthrough in development and peacekeeping operations, giving time to intervene before bloodshed occurs.”

The tool has been trialled in Mali where water scarcity is a factor in violence between Dogon farmers and Fulani herders.

“Data is one of the most powerful things you can have to reach policymakers and politicians,” said International Alert’s Hartog.

“In Mali, we’re already bringing the government and civil society groups together to discuss the risks we’re seeing.”

In Iraq, WPS predicted the situation would deteriorate in Basra where access to safe water is a major problem, with more than 120,000 people hospitalised last year after drinking polluted supplies.