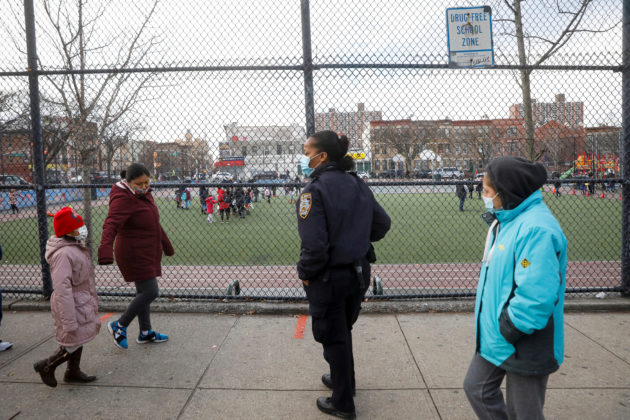 NEW YORK (Reuters) – New York City is overhauling how it admits students to some of its most competitive public schools to make them less segregated by race and wealth, Mayor Bill de Blasio said on Friday.

Some selective Manhattan high schools, particularly in wealthy neighborhoods, are allowed to give children who live nearby priority in admissions, which has tended to put children living in poorer neighborhoods at a disadvantage. These so-called geographic priorities will be ended over the coming two years, making it easier for children from anywhere to apply for a spot, the mayor said at a news conference.

The city will also end “screening” practices at hundreds of middle schools that admit students based on a mixture of grades, test results, attendance rates.

These practices led to disproportionately high admissions of white and Asian students and fewer Black and Latino students in the best-performing schools in the nation’s largest and most diverse education system, which serves some 1.1 million children. Admissions will instead be determined by a random lottery.

“We have been doing this work for seven years to more equitably redistribute resources throughout our school system,” de Blasio told reporters. “I think these changes will improve justice and fairness.”

Although calls to overhaul school admissions long predate the novel coronavirus pandemic, the disruption caused by school closures to stem the spread of COVID-19 was a factor in the overhaul: for example, some state exams were canceled and attendance rates became more difficult to track, Schools Chancellor Richard Carranza told reporters.

The New York Civil Liberties Union welcomed the changes but said they should have come sooner, and called for the permanent removal of screening at the high-school level.

“It should not have taken a pandemic to finally remove discriminatory admissions screens for children applying to middle school and to remove the egregious district priorities that concentrate wealth and resources into a few schools,” NYCLU organizer Toni Smith-Thompson said in a statement.