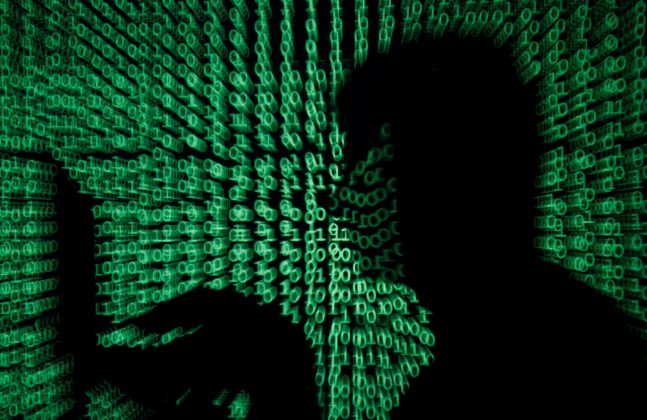 FILE PHOTO: A man holds a laptop computer as cyber code is projected on him in this illustration picture taken on May 13, 2017. REUTERS/Kacper Pempel/Illustration/File Photo