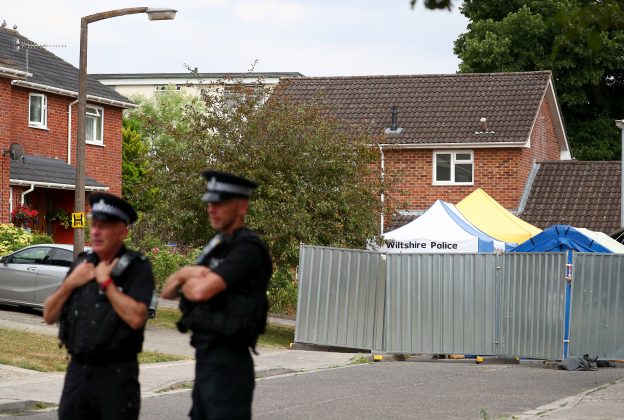 LONDON (Reuters) – British police who investigated a 2018 Novichok poisoning that was blamed on Russia said traces of the deadly nerve agent have since been found in a blood sample taken from a second officer at the time.

Police said the officer received medical treatment and returned to duties shortly after they responded to the poisoning of Sergei and Yulia Skripal, a former Russian double agent and his daughter who were found slumped on a bench in the southern English city of Salisbury.

The attack triggered a sequence of events which ended with one person dead and a deep strain on the West’s relations with Russia. Another officer, Nick Bailey, fell seriously ill at the time before eventually recovering.

Both Skripals have made a slow recovery.

The police said the poisoning of the second officer had not originally appeared in tests at the time but showed up when the sample was tested by a different method. They said officers were continuing to review the case.

Britain has blamed the attack on two agents from Russia’s GRU military intelligence who visited the city. Russia has denied any involvement.