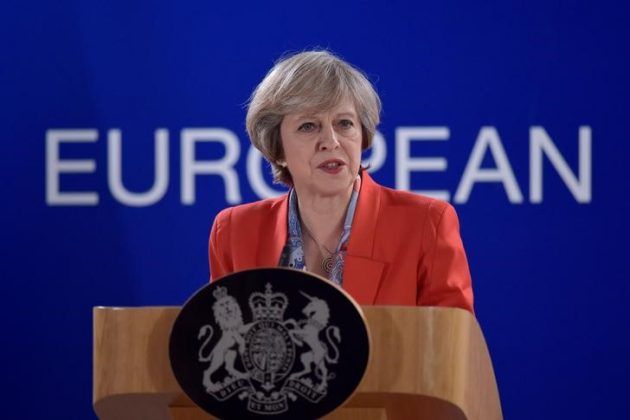 LONDON (Reuters) – British Prime Minister Theresa May tried to persuade the leaders of Scotland, Wales and Northern Ireland on Monday to work with her government on a common Brexit negotiating position, but the Scottish leader dismissed the meeting as “deeply frustrating”.

May says that while the devolved governments of the UK’s three smaller nations should give their views on what the terms of Brexit should be, they must not undermine the UK’s strategy by seeking separate settlements with the EU.

“I don’t know what the UK’s negotiating position is because they can’t tell us,” Scotland’s First Minister Nicola Sturgeon said after talks at May’s Downing Street office.

“I can’t undermine something that doesn’t exist, it doesn’t appear to me at the moment that there is a UK negotiating strategy,” she told Sky News television.

While England and Wales voted for Brexit in a June referendum, Scotland and Northern Ireland voted to remain in the EU, setting the devolved governments in Edinburgh and Belfast on a collision course with the UK’s central government in London.

This could lead to a constitutional crisis, and potentially to Scottish independence and renewed political tensions in Northern Ireland.

At the meeting with Sturgeon and the Welsh and Northern Irish leaders, May proposed setting up a new body to give the three devolved governments, which have varying degrees of autonomy from London, a formal avenue to express their views.

“Working together, the nations of the United Kingdom will make a success of leaving the European Union — and we will further strengthen our unique and enduring union as we do so,” May said in a statement after the talks.

But Sturgeon struck a very different tone as she emerged.

“What I’m not prepared to do … is stand back and watch Scotland driven off a hard Brexit cliff edge because the consequences in lost jobs, lost investment and lower living standards are too serious,” she said.

The British government, which has promised to kick off formal divorce talks with the EU before the end of March, has said it will negotiate a bespoke deal on behalf of the whole United Kingdom with the bloc’s other 27 members.

Sturgeon said she would make specific proposals over the next few weeks to keep Scotland in the single market even if the rest of the UK left, and that May had said she was prepared to listen to options.

“So far those words are not matched by substance or actions and that is what has got to change,” Sturgeon said.

Sturgeon, head of the Scottish National Party, has said her government is preparing for all possibilities, including independence from the UK, after Britain leaves the EU. She wants each of the UK’s four assemblies to get a vote on the proposed negotiating package.

In Northern Ireland, there are fears that Brexit could undermine a 1998 peace deal and lead to the reintroduction of unpopular and cumbersome controls on the border with the Republic of Ireland, an EU member.

Northern Ireland’s First Minister Arlene Foster said the devolved nations had to be at “the heart of the process” so that issues relevant to them could be tackled as they arose.

Welsh First Minister Carwyn Jones said it was difficult for the devolved administrations to influence the process when there was so much uncertainty over what the government was seeking.

Jones said he had argued very strongly for “full and unfettered access” to the EU’s single market, which is in doubt because EU leaders say it would require Britain to continue to accept EU freedom of movement rules.

One of the central planks of the pro-Brexit campaign was that exiting the EU would give Britain greater control over immigration and help reduce the numbers arriving in the country.