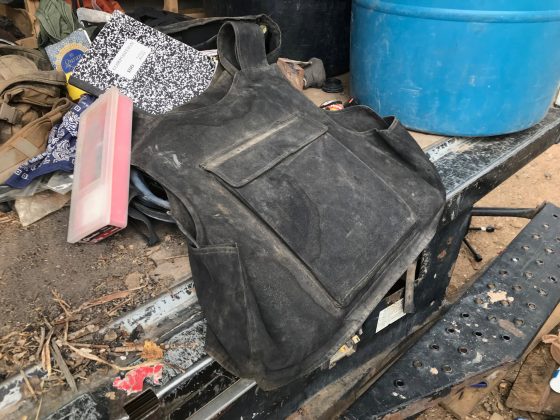 Personal articles are shown at the compound in rural New Mexico where 11 children were taken in protective custody after a raid by authorities near Amalia, New Mexico, August 10, 2018. Photo taken August 10, 2018. REUTERS/Andrew Hay

AMALIA, N.M. (Reuters) – One of the leading members of a group prosecutors accused of abusing children at a New Mexico compound struggled with his plan to live off the grid after he underestimated a harsh mountain desert climate and settled on the wrong plot of land.

Relatives and neighbors say things began to go downhill for Lucas Morton, 39, shortly after he arrived in this vast alpine valley about 40 miles (64 km) north of Taos in a white moving van last December.

His brother-in-law Siraj Ibn Wahhaj, wanted in Georgia for child abduction, soon joined them together with his wife, sister, and children.

The families set up home on a 10-acre plot of land that was near to one owned by Morton, a carpenter, but which actually belonged to U.S. Army veteran Jason Badger. The vet filed a court complaint but the Morton and Wahhaj families stayed on the land.

With snow and bitter north winds, the families began to suffer. At the suggestion of neighbors, Morton dug a hole and put a camping trailer in it to seek shelter. 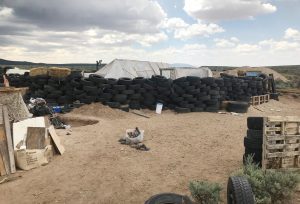 Land is cheap in the valley, around $850 an acre, but winter temperatures can drop to -30 Fahrenheit (-34 C). Attempts at communal living in northern New Mexico have struggled or failed, going back to 1970s’ communes.

The adults and 11 children used wood to cook, hauled water from neighbors’ wells and got heat from propane heaters. Their shelters kept blowing away, a neighbor said.

Morton was one of five adults arrested at the compound on Aug. 3 on child abuse charges and accused by prosecutors of giving weapons training to a child to carry out school shootings.

No-one was specifically charged over the school shooting accusation and Defense Attorney Aleksandar Kostich told reporters that prosecutors had provided no evidence of the allegation, which came from a foster parent who is caring for one of the children.

Morton was also charged with harboring a felon, Ibn Wahhaj, who was armed with an AR-15 rifle, five magazines of ammunition, and four handguns when arrested, according to police.

Ibn Wahhaj is accused of abducting his seriously-ill, three-year-old son Abdul-Ghani Wahhaj in December from his mother in Georgia. On Monday a body, believed to be that of the boy was found buried at the compound, police said.

Taos County Sheriff Jerry Hogrefe first referred to the suspects as “extremist of the Muslim belief,” but declined to elaborate when later asked about it by reporters.

Public defenders representing the five adults, who are in Taos County jail, did not respond to requests for comment. 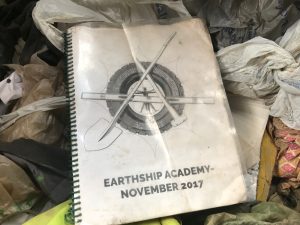 Personal articles are shown at the compound in rural New Mexico where 11 children were taken in protective custody after a raid by authorities near Amalia, New Mexico, August 10, 2018. Photo taken August 10, 2018. REUTERS/Andrew Hay

‘GET OUT OF SOCIETY’

Morton and his 15-year-old nephew Mohammed last November attended a four-week, $2,500 course in Taos on how to build an “earthship” – an eco-house made largely of earth-filled tires.

“All they wanted to do was get out of society, get away, homestead and live a peaceful life by themselves,” said Morton’s father Gerard Jabril Abdulwali, 64.

Inside Morton’s abandoned van at the compound, “I love my family” is written over hearts drawn on the first page of a notebook belonging to “Aisha,” one of his four children.

There are signs the group made friends locally.

A local man gave Morton hundreds of tires to build an earthship home. A neighbor gave him wood to build bunk beds, and another helped them hook up solar panels.

These people said police drones began to circle the area in late May or June. Badger told local media he had earlier informed Georgia police that the abducted boy was at Morton’s home.

In the next months, the home began to look more like a compound. The families stacked tires around it and built what look like defensive walls. A 150-foot tunnel leads to what appear to be escape holes among sagebrush and Chamisa bushes.

“I got the feeling Lucas didn’t want what he was in anymore,” said neighbor Tyler Anderson, 41, a car-body technician, who showed Morton how to wire up solar panels.

Anderson said near daily target shooting at the house stopped once the drones appeared.

The arrests at the compound made one neighbor, who described himself only as “Quincy,” stand at his gate and cry.

He and other locals disputed police reports the Morton and Wahhaj children were found ragged and starving.

“I made sure everyone in that place had shoes and clothes. They weren’t hungry,” said the man.