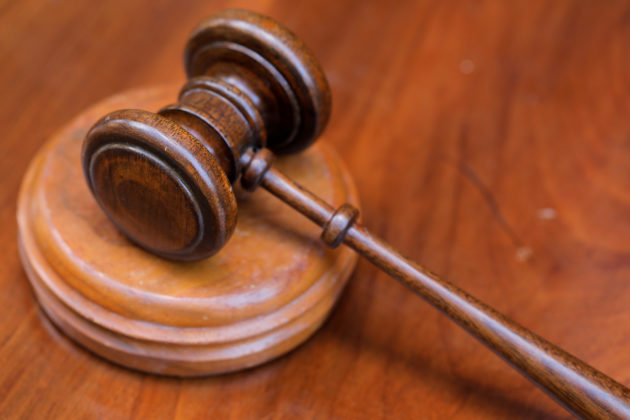 A gavel and a block is pictured at the George Glazer Gallery antique store in this illustration picture taken in Manhattan, New York City, U.S., August 18, 2020. REUTERS/Andrew Kelly/Illustration

(Reuters) -A federal appeals court ruled on Tuesday that Ohio can enforce a 2017 law banning abortions when medical tests show that a fetus has Down syndrome.

In a 9-7 decision, the 6th U.S. Circuit Court of Appeals in Cincinnati said the law did not create a substantial obstacle to obtaining abortions, was reasonably related to Ohio’s legitimate interests, and was “valid in all conceivable cases.”

The law subjected doctors to license revocations and up to 18 months in prison for performing abortions on women they knew decided to abort at least in part because Down syndrome was in the fetus, or had reason to believe the condition was present.

Tuesday’s decision reversed a 6th Circuit panel ruling in October 2019. The 2-1 panel said the law, House Bill 214, should not be enforced because it prevented some women from obtaining lawful pre-viability abortions.

Planned Parenthood and other abortion providers that challenged the law did not say in a joint statement whether they would appeal to the Supreme Court, which has a 6-3 conservative majority.

“This abortion ban inserts politicians between patients and their doctors, denying services to those who need it,” Planned Parenthood president Alexis McGill Johnson said.

Ohio’s Republican Attorney General Dave Yost said the decision upholds a law directed to “protecting the lives of every Ohioan.”

Down syndrome is a genetic disorder where a person has an extra chromosome. Symptoms include cognitive impairment, slower physical growth, a flat face, a small head, a short neck and poor muscle tone.

Circuit Judge Alice Batchelder, who wrote Tuesday’s majority opinion, said Ohio’s law promoted the state’s interests in destigmatizing Down syndrome children, and encouraging doctors to respond to such diagnoses with “care and healing.”

The dissenters said the decision turns House Bill 214 into a “don’t ask, don’t tell” law for doctors and pregnant women.