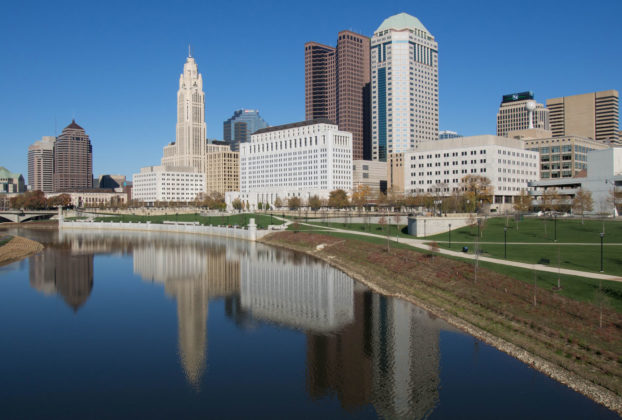 (Reuters) – Protesters were expected to gather on Friday evening in downtown Columbus, Ohio, to demand transparency in investigations in the fatal shooting of a 23-year-old Black man killed by a sheriff’s deputy while entering his home last week.

The shooting occurred on Dec. 4 after a Franklin County Sheriff’s deputy said he spotted a man with a gun in the Northland neighborhood of Columbus, according to authorities. The officer fired his weapon after the man failed to obey commands to drop the gun, police said.

The family of the slain man, Casey Christopher Goodson, said he had been shot while returning from a dental appointment after buying three sandwiches at a local shop. A coroner’s report said that he was shot multiple times in the torso.

“I’m calling for justice and that’s all I’m calling for,” Goodson’s mother, Tamala Payne, said in a news conference Thursday. “My son was a peaceful man and I want his legacy to continue in peace.”

Lawyers for the deputy, identified as Jason Meade, said that Goodson had pointed a gun at him before the shooting, CBS News and other media reported.

The shooting is the latest in a spate of killings of African Americans by police in the United States this that have triggered a wave of protests over racial injustice and brutality by law enforcement.

Columbus police, along with federal authorities, have launched investigations into the shooting, along with the U.S. Attorney’s Office for the Southern District of Ohio, the Civil Rights Division of the Department of Justice and the FBI.

(Reporting by Rich McKay in Atlanta; Editing by Alistair Bell)