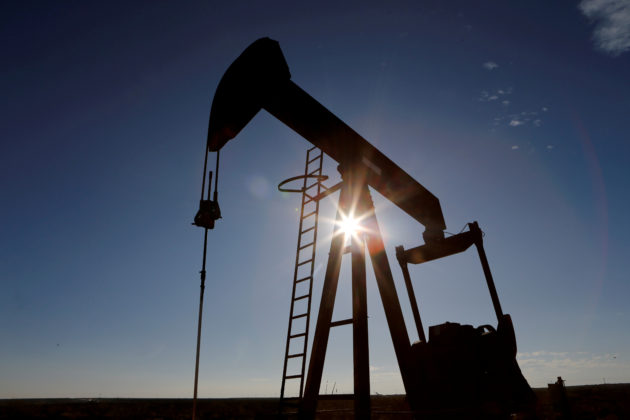 For the week, Brent was on track for a 1.3% gain while WTI was largely flat.

This week, both benchmarks had climbed to the highest in more than a year.

Unusually cold weather in Texas and the Plains states curtailed up to 4 million barrels per day (bpd) of crude production and 21 billion cubic feet of natural gas, analysts estimated.

Texas refiners halted about a fifth of the nation’s oil processing amid power outages and severe cold.

Companies were expected to prepare for production restarts on Friday as electric power and water services slowly resume, sources said.

“While much of the selling relates to a gradual resumption of power in the Gulf coast region ahead of a significant temperature warmup, the magnitude of this week’s loss of supply may require further discounting given much uncertainty regarding the extent and possible duration of lost output,” Ritterbusch said.

“Vaccines and the impressive rollouts we’ve seen have delivered strong gains, as have the efforts of OPEC+ – Saudi Arabia, in particular – and the big freeze in Texas, which gave oil prices one final kick this week,” Craig Erlam, senior market analyst at OANDA said.

“With so many bullish factors now priced in, it seems we’re seeing some of these positions being unwound.”

The United States on Thursday said it was ready to talk to Iran about returning to a 2015 agreement that aimed to prevent Tehran from acquiring nuclear weapons. Still, analysts did not expect near-term reversal of sanctions on Iran that were imposed by the previous U.S. administration.

“This breakthrough increases the probability that we may see Iran returning to the oil market soon, although there is much to be discussed and a new deal will not be a carbon-copy of the 2015 nuclear deal,” said StoneX analyst Kevin Solomon.

(Additional reporting by Ahmad Ghaddar in London and Roslan Khasawneh in Singapore and Sonali Paul in Melbourne; Editing by Marguerita Choy and David Gregorio)