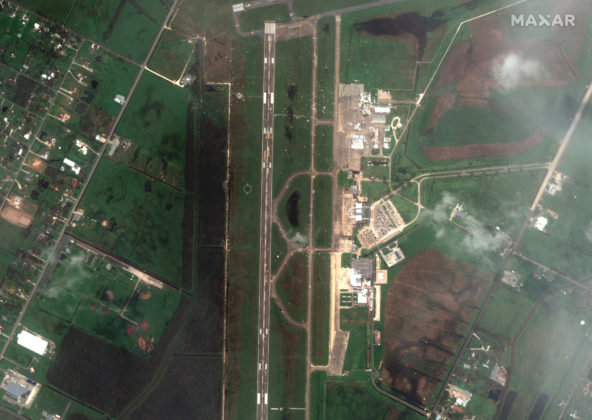 Some 300 offshore production facilities and half-dozen refineries halted ahead of a Category 4 storm that hit the coast of Louisiana early Thursday with winds of 150 mile per hour (240 kph). The destructive winds cut a narrow path through the area, sparing facilities not directly in its path.

However, Citgo Petroleum’s 418,000-barrel per day Lake Charles, Louisiana, plant was on the storm’s path, and repairs could take four to six weeks, according to Mizuho Securities. The company did not reply to requests for comment.

About 84%, or 1.56 million barrels per day, of U.S. Gulf of Mexico crude output and 60% of natural gas offshore production were shut on Thursday, the U.S. Department of Interior reported.

“Refiners may be reluctant to quickly return to production when the product they make is a money losing proposition,” Robert Yawger, director of energy futures at Mizuho Securities, wrote on Friday.

The ports of Beaumont, Orange and Sabine, Texas, and Cameron and Lake Charles, Louisiana, remained closed on Friday, according to the U.S. Coast Guard.

Houston, the United States’ largest energy export port, restarted operations on Thursday and had nearly halved the list of 53 vessels waiting on Thursday to reenter the port.

One-way movement and other restrictions were in place on Friday at points along the Houston Ship Channel, according to the U.S. Coast Guard.