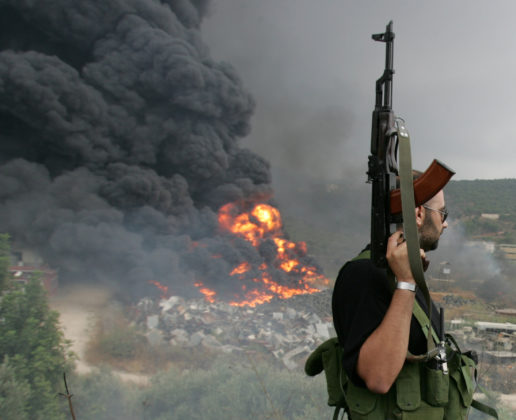 By Tom Perry and Ghaida Ghantous

BEIRUT (Reuters) – More than 15 years since Lebanon’s Rafik al-Hariri was killed by a massive bomb blast in Beirut, the verdict of a U.N.-backed tribunal into his assassination is due on Tuesday as the country reels from the aftermath of an even bigger explosion.

The Aug. 4 port blast, which killed 178 people, has overshadowed the long-awaited verdict. It was the biggest explosion in Lebanon’s history and more powerful than the bomb that killed Hariri and 21 others on Beirut’s seafront corniche in 2005.

Hariri, a Sunni billionaire seen as a threat to Iranian and Syrian influence in Lebanon, had close ties with the United States, Western and Sunni Gulf Arab allies opposed to Iran’s expanding role in Lebanon and the region.

Four members of the Iran-backed Shi’ite group Hezbollah have been on trial in absentia over the killing of Saudi-backed Hariri, Lebanon’s main Sunni Muslim leader. Hezbollah denies any role in the killing, which set the stage for years of confrontation, culminating in a brief civil war in 2008.

The verdict comes as new divisions emerge over demands for an international inquiry and political accountability for the port blast, caused by a huge amount of unsafely stored chemicals.

It may further complicate an already tumultuous situation following the explosion and the resignation of the government backed by Hezbollah and its allies.

“We’re scared. The country is unsettled,” said Ebtisam Salam, a woman in her 60’s, from Beirut’s Tariq al-Jadida neighbourhood, a political stronghold of the Hariri’s Future Movement which has been led by his son Saad son his death.

She plans to watch the verdict on TV. “Hopefully the truth will come out,” she said.

The U.N.-backed tribunal was a first for Lebanon. For its supporters, it held out hope that – for once – the truth could be uncovered in one of Lebanon’s many assassinations.

Hezbollah has always dismissed it as a tool in the hands of its adversaries. Sayyed Hassan Nasrallah, its leader, said on Friday, the group was not concerned with the verdict and insisted on the innocence of its members.

Hariri’s supporters, including his son Saad who like his father served as prime minister, say they are not seeking revenge or confrontation, but that the court verdict must be respected.

“A lot of people are waiting for this decision for closure. This tribunal has cost not only money but blood,” Basem Shaab, Saad al-Hariri’s diplomatic adviser, told Reuters.

“It will have consequences, I do not expect turmoil in the streets. I think Prime Minister Hariri was wise enough to make sure this does not turn into a sectarian issue,” he said.

“THEY ASSASSINATED A CITY”

But Mohanad Hage Ali of the Carnegie Middle East Center said there was the possibility of increased tensions.

“While the Future Movement and Hezbollah seem to be on alert and trying to avoid any repercussions, some other actors might jump in and react given the current level of tensions,” he said.

The Aug. 4 blast has fueled anger at ruling politicians who were already facing criticism over a financial meltdown that has sunk the currency and demolished the value of savings.

Many Lebanese doubt the authorities can carry out a proper investigation into the blast. Some want foreign intervention. Others, notably Hezbollah, do not.

Agents with the U.S. Federal Bureau of Investigation arrived over the weekend to help at the authorities’ request but have yet to visit the port, Lebanese sources said.

Hezbollah, which is listed as a terrorist group by the United States, opposes the FBI’s involvement and any international inquiry, saying this would aim to cover up any involvement by Israel – if it was involved.

Israel has denied any role.

President Michel Aoun, a Hezbollah ally, has said a probe will look into whether the blast was caused by negligence, an accident or “external interference”.

Many worry the sectarian elite will escape accountability.

Ziad Sahyouni, 55, questioned the importance of the verdict set against the port blast. “They assassinated a capital, a city. Let’s hope they do something about it.”