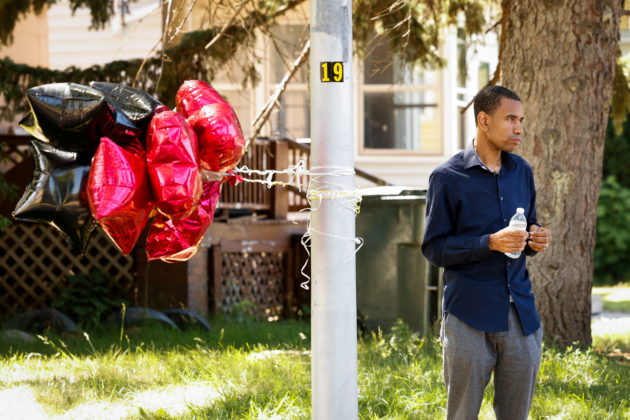 ROCHESTER, N.Y. (Reuters) – Elijah Ross stood watch last Friday by the candles, flowers, liquor bottles and balloons at a memorial for his 31-year-old friend, Eric Ruise, among the latest victims of a murder spree gripping the city of Rochester, New York.

It had been two days since Ruise was gunned down in a barrage of bullets, from multiple shooters, outside a pharmacy. Ruise had been recently released from prison. He had committed, Ross said, to be a better father to his 10-year-old daughter, Jumyria.

“It makes no sense,” said Ross, 34, adding that no witnesses have stepped forward in the “broad daylight” murder. “This is the streets, the ‘hood.”

As Ross spoke, Jumyria’s mother picked up litter around the makeshift memorial. Such tributes have become a common sight in the poorer neighborhoods of Rochester, a city of 206,000 people in the northwestern part of the state. And the bloodshed in Rochester reflects a wave of violence in cities nationwide since last year.

With 34 homicides already this year, Rochester is on pace for a record-high 70 murders in 2021 – a per-capita rate that exceeds Chicago, one of America’s most violent large cities. Among cities with fewer than 500,000 people, Rochester saw the third-largest jump in its per-capita rate during the 12 months ending in April, according to americanviolence.org, a crime-mapping website led by Patrick Sharkey, a Princeton University sociology professor. Only New Orleans and Oakland saw bigger increases.

The rising violence in Rochester and nationally came as the coronavirus pandemic caused an economic crisis and the killing of George Floyd by Minneapolis Police last summer ignited nationwide protests and undermined relations between police and communities.

The per-capita murder rate climbed 30 percent in 2020 among 34 major cities surveyed by Richard Rosenfeld, a criminologist at the University of Missouri in St. Louis. Murders in New York, Los Angeles, and Chicago accounted for 40 percent of the 1,268 additional people killed in 2020, compared to the previous year, in the cities Rosenfeld studied.

In the first quarter of 2021, the research showed, the murder rate had declined from a peak the previous summer but was still up 24 percent over the first quarter of 2020. U.S. President Joe Biden pledged on Wednesday to go after the “merchants of death” who traffic illegal guns and to boost funding for local law enforcement nationwide.

The factors driving the violence are complex. Economic shocks such as the pandemic often spark a rise in crime. And some criminologists believe the national uprising over police killings of Black people, including Floyd, made residents of high-crime areas even less likely to assist police investigations, exacerbating a longstanding problem and emboldening violent criminals.

Rosenfeld said murders in the cities he studied peaked last summer as protests over Floyd’s killing raged and police departments nationwide came under intense public scrutiny. He believes, however, that this summer will be less deadly and noted that violent crime rates still remain well below a peak in the 1990s.

That’s little comfort right now in Rochester, where murders are still on the rise. Malik Evans, who this week defeated incumbent Mayor Lovely Warren in the Democratic primary, made combating gun violence a central campaign theme. In the heavily Democratic city, Evans is all but assured of winning the Nov. 2 general election.

Evans said the murder surge reflects rising problems with drug trafficking, criminal gangs and illegal firearms during the pandemic. While campaigning, he proposed naming a gun czar to work with federal officials to address the smuggling of guns into New York. He pointed to a 2016 state attorney general’s study that concluded three-fourths of seized guns came from other states.

“It’s a combustible fire that is getting ready to explode when you put all those things together,” Evans told Reuters shortly before his primary election victory, during a tour of Genesee Street, a thoroughfare and the site of many recent shootings.

The Rochester Police Department did not respond to questions about the causes of the rising homicide rate and its strategies to address the violence. The city’s police union, the Rochester Police Locust Club, said the department has only 12 investigators to pursue murder cases. Police data show that about two-thirds of this year’s cases remain open and unsolved.

Christopher Wood, 18, left a corner convenience store on June 12, walking with a 13-year-old boy down Genesee Street when they were both shot. Wood died. His companion, who has not been identified, survived.

Rochester Police have not disclosed any suspects or motives. The shooting illustrates troubling trends: Of the 186 shooting victims so far in 2021, nearly half were 25 years old or younger, and 90 percent were Black, police data show.

Wood’s sister, Shamarla Grice, told Reuters her brother had been devastated by the death of their mother in August from COVID-19. Afterward, he started hanging out with “older guys that were probably in gangs.”

Demond Meeks, a state lawmaker representing Rochester, said the city needs to provide better jobs for young people and to educate parents on signs that their children are involved with gangs.

“We do know that there is gang violence,” Meeks said at a gathering of 20 anti-violence advocates in a local park on June 16, following the Ruise shooting. “We have to come to grips with that.”

During the two-hour meeting, members of nonprofit organizations proposed violence prevention strategies including conflict-resolution training in schools and door-to-door canvassing in troubled neighborhoods. One man discussed his “Men Made Better” program to engage with young men through chess.

Midway through the meeting, Wanda Ridgeway of the nonprofit Rise Up Rochester slapped the table in disgust. She had just gotten a call about another shooting.

“I’m tired of our kids going around killing each other,” said John Rouse, 53, at the meeting. “It’s like Pandora’s box is open, and chaos is everywhere.”

Many community advocates in Rochester have called for better police protection while also demanding more accountability for police misconduct. It’s a delicate balance: Some worry efforts to rein in rogue officers may have the unintended consequences of restraining legitimate police work and empowering violent criminals.

The Ruise shooting occurred a few blocks from where Daniel Prude had an altercation with police in March 2020. Prude, who is Black, stopped breathing at the scene. He was revived but died a week later at a hospital.

The incident ignited protests and led to the resignation of Rochester’s police chief. Police body-camera footage released months later shows Prude naked and facedown in the street. Officers put a hood over his head after Prude, apparently suffering a mental crisis, said he had contracted COVID-19.

A grand jury earlier this year voted not to indict the officers involved. The outpouring of anger over the incident has sparked new efforts to combat police misconduct, including a $5 million city grant to hire 50 employees to investigate allegations against officers.

Rochester police did not respond to questions about efforts to prevent police misconduct.

Many community leaders cheered the extra scrutiny on the department. Clay Harris isn’t among them. He’s the founder of Uniting and Healing Through Hope of Monroe County, a local advocacy group focusing on violence. He said he’d rather see that $5 million spent on more officers to fight violent crime, which he attributes to a breakdown of families and an abandonment of Christian faith.

“They are not the problem,” said Harris, who is Black, of the city’s police force. “We are the problem as citizens.”

One evening last week, Retha Rogers and other members of anti-violence groups toured the neighborhood where her son was fatally shot in 2009.

“Every time that I hear that someone has been shot, it brings back memories of my son, and my heart goes out to the mothers,” Rogers said as she handed out flyers seeking information about her son, Michael Washington, Jr. “It’s worse than ever.”

At about the time Rogers’ group ended its meeting in prayer, police rushed to the scene of yet another murder across town. Brandon McClary, 22, had been gunned down by multiple shooters on Genesee Street.