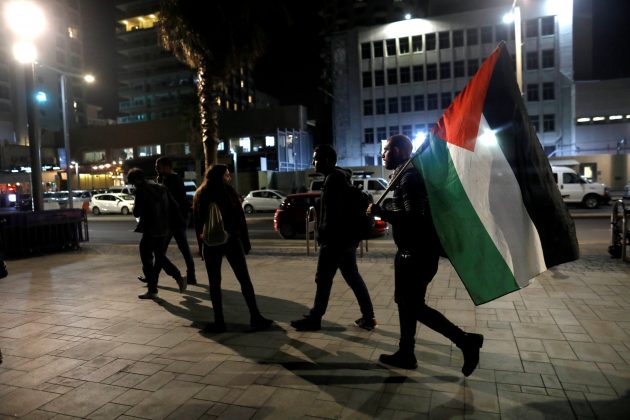 A protester carries a Palestinian flag at the end of a demonstration against U.S. President Donald Trump's decision to recognise Jerusalem as Israel's capital opposite to the American embassy in Tel Aviv, Israel December 12, 2017. REUTERS/Nir Elias