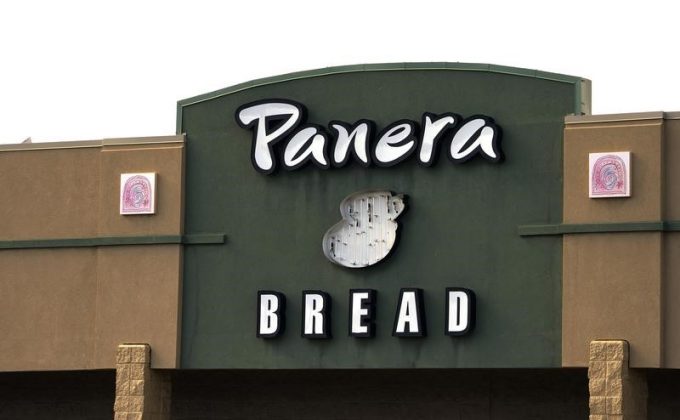 The sign on the hood of a delivery truck for Panera Bread Co. is seen in Westminster, Colorado February 11, 2015. Panera Bread Co was to issue its Q4 2014 Earnings Release on Wednesday. REUTERS/Rick Wilking

NEW YORK (Reuters) – Panera Bread Co on Friday will begin to roll out new labeling of added sugars and calories in sodas and other self-serve fountain beverages, the first such move by a U.S. restaurant chain as food companies face rising demand from consumers to cut back on their use of the sweetener.

The move comes at a time when casual restaurant chains from McDonalds Corp to Starbucks Corp have been under pressure from slack demand and underscores the pressure that soft-drink makers are facing as sales decline.

The U.S. government last year said that companies need to detail how much added sugars are in packaged foods, but restaurants do not have any such requirements. Governments worldwide are also seeking to impose taxes on sweetened beverages.

Panera will also introduce six new low- and no-sugar teas and lemonades, an extension of the bakery chain’s shift away from artificial sweeteners and flavors rolled out last year, company executives said in an interview.

Panera said focusing on beverages was the next step to creating a healthier menu, after introducing its clearer labels. Sugary drinks are contributing to U.S. rates of obesity, diabetes and heart disease, the company noted.

“After food, we clearly felt the role of beverages,” said Panera’s founder and Chief Executive Officer Ron Shaich. “A 20-ounce Dr Pepper has more sugar than two of our chocolate chip cookies. Which would you rather have?”

Panera’s new drinks will sit on counters next to the traditional soda fountains, and be offered at the same prices. That will require the company to increase prices in some markets, said Sara Burnett, the company’s Director of Wellness and Food Policy.

Panera first plans to roll out the new beverages in five U.S. cities, including Washington and Atlanta, and then nationally later this year.