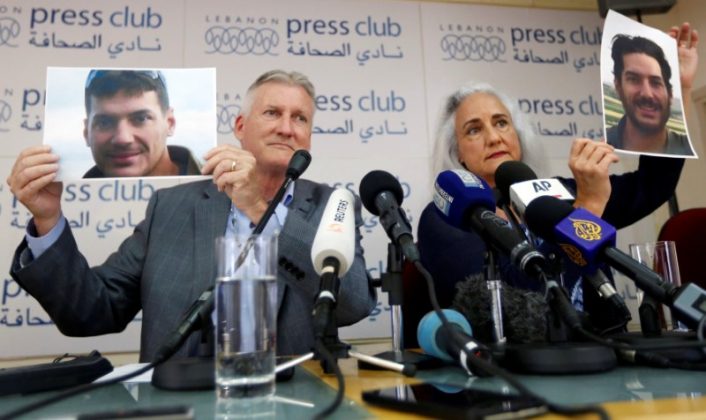 BEIRUT (Reuters) – The parents of a U.S. journalist kidnapped in Syria nearly five years ago issued a new plea for his release on Thursday.

Austin Tice, a freelance reporter and former U.S. Marine from Houston, Texas, was kidnapped in August 2012 aged 31 while reporting in Damascus on the uprising against Syrian President Bashar al-Assad.

The identity of his captors is not known, and there has been no claim of responsibility for his abduction. The family believe he is alive and still being held captive.

“We are willing to engage with any government, any group, any individual who can help us in this effort to secure Austin’s safe release,” his father Marc Tice said at a news conference in Beirut.

“When any journalist is silenced, we’re all blindfolded.”

His mother Debra Tice added: “Five years is a very long time for any parent to be missing their child … we desperately want him to come home.”

Nothing has been heard publicly about Tice since a video posted online weeks after he disappeared showed him in the custody of armed men.

U.S. officials and Tice’s parents do not think he is held by Islamic State, which typically announces its Western captives in propaganda videos and executed two U.S. journalists in 2014.

The Assad government says it does not know his whereabouts.