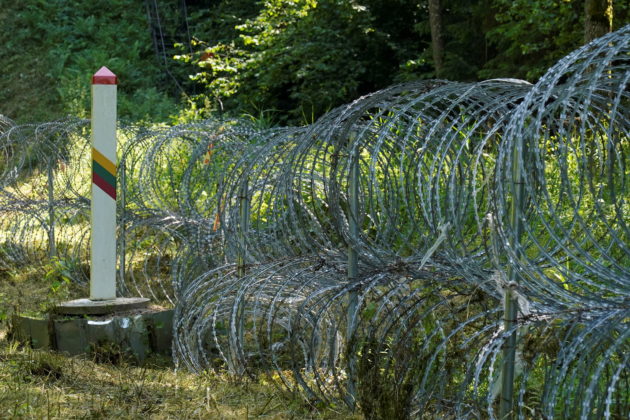 WARSAW (Reuters) – Poland and Lithuania on Friday called on European institutions to help them deal with a surge in illegal migration from Belarus over their borders, as tensions between EU countries and Minsk continues to grow.

On Thursday Poland accused Belarus of sending a growing number of migrants over the border in retaliation for Warsaw’s decision this week to give refuge to Krystsina Tsimanouskaya, a Belarusian athlete who refused to return home from the Tokyo Olympics.

“We condemn the weaponization of irregular migration by the Lukashenko regime with a goal of exerting political pressure on the EU and its individual Member States,” Polish Prime Minister Mateusz Morawiecki and Lithuanian Prime Minister Ingrida Simonytr said in a joint statement.

In the past two days alone 133 illegal migrants were stopped at the Belarusian border with Poland, compared to 122 during the whole of last year, a spokesperson for the Poland Border Guard said.

In recent weeks, Lithuania has also reported a surge in illegal border crossings from Belarus and said Minsk was flying in migrants from abroad and dispatching them into the EU.

Belarusian President Alexander Lukashenko on Thursday accused Lithuania and Poland of fueling the migrant issue on the border.

In the statement, Poland and Lithuania appealed to the European Commission, Frontex, EASO, other EU member states, and partners outside the EU for political and practical support and called to strengthen EU migration and asylum policy.

“We firmly believe that the protection of external Schengen borders is not just the duty of individual member states but also the common responsibility of the EU,” the statement says.

European Union home affairs ministers and representatives of the EU border agency Frontex and Europol are set to discuss the issue on Aug. 18, a letter by Slovenia to EU diplomats seen by Reuters showed.