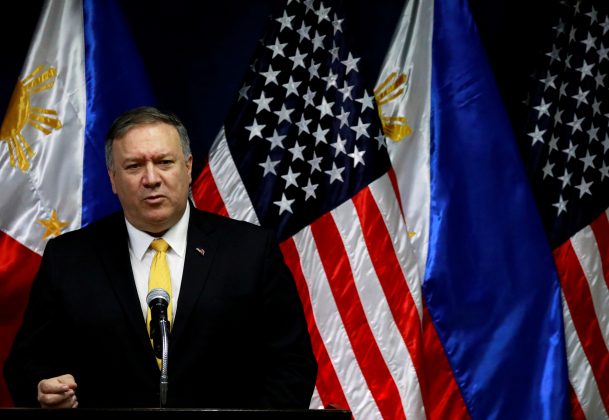 WASHINGTON (Reuters) – U.S. President Trump will reject a U.S.-China trade deal that is not perfect, but the United States would still keep working on an agreement, U.S. Secretary of State Mike Pompeo said in a media interview.

“Things are in a good place, but it’s got to be right,” Pompeo told Sinclair Broadcasting Group, according to a transcript released by the State Department on Tuesday.

Asked if Trump would walk away from any deal that was not perfect, Pompeo said, “Yes” and pointed to the Republican president’s rejection of an agreement with North Korea at a summit last week in Hanoi.

Trump last week said that he was willing to abandon trade talks with China, but U.S. advisers in recent days have signaled more positive outcomes.

Pompeo made his remarks following stops in Iowa, where he was attending a conference for farmers, who have been caught up in the ongoing trade war with the world’s top two economies.

“This has to work for America. If it doesn’t work, we’ll keep banging away at it. We’re going to get to the right outcome. I’m confident that we will,” Pompeo told Sinclair.